Being on reserve means you never know where you’re going to end up…and on my last standby I was pulled out for a 6 day trip to Melbourne and Auckland! My standby started at 3am but by midnight I could already see the flight on my roster, so I tried to get a few hours of sleep until crew control called me around 6am.

I got up to re-pack my suitcase (I was sure I’d end up somewhere in Europe and had packed thick jumpers and boots!) and get ready for a long day.

The flight to Melbourne was just under 13 hours, and as it was during the daytime most of our passengers were awake. However it wasn’t too busy and we had a great crew which made it seem a lot less than that! 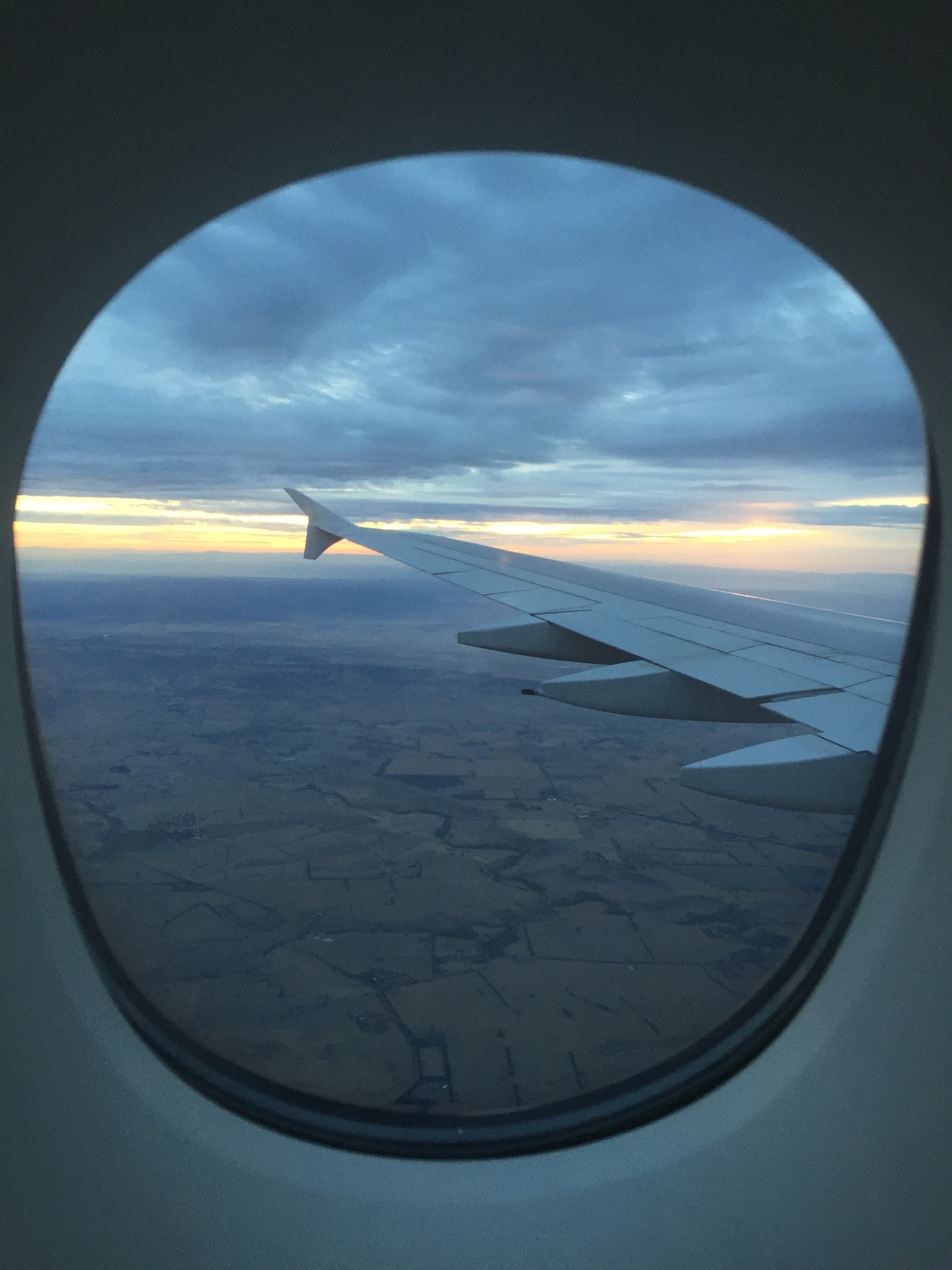 We were greeted by a wonderful sunrise in the morning, and soon headed off to the hotel for some much needed sleep. It’s always tricky to plan your sleep when you arrive in the morning, as you don’t want to waste the whole day and not be able to sleep at night, but you’re also exhausted from being up all night!

Despite the beautiful sunrise, it was a grey and rainy day in Melbourne, which meant I didn’t feel too bad for going to sleep for a few hours!

I’d arranged to meet one of the guys for lunch, and we strolled down to Richmond and found a charming little cafe called Fifty Acres serving breakfast and lunch. I ordered what turned out to be the biggest breakfast burrito ever! 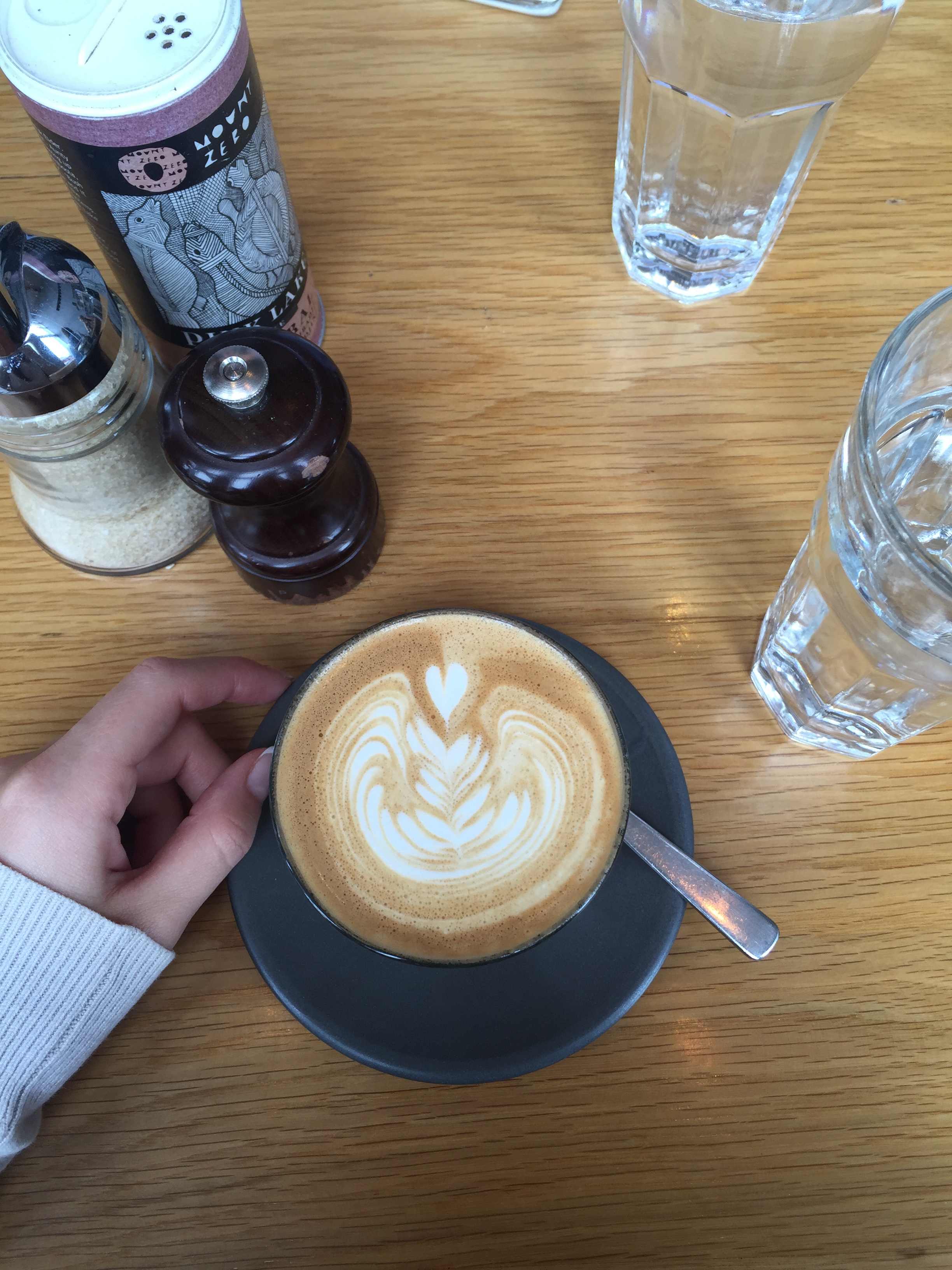 Unsure of what to do after our leisurely brunch, we headed back to the hotel and happened to bump into the purser who was sitting in the lobby. He mentioned that a couple of crew had just gone to the cinema, so we decided to copy them and walk to the cinema just down the road. We picked a film called Carol, which was a slow starter but quite good in the end. 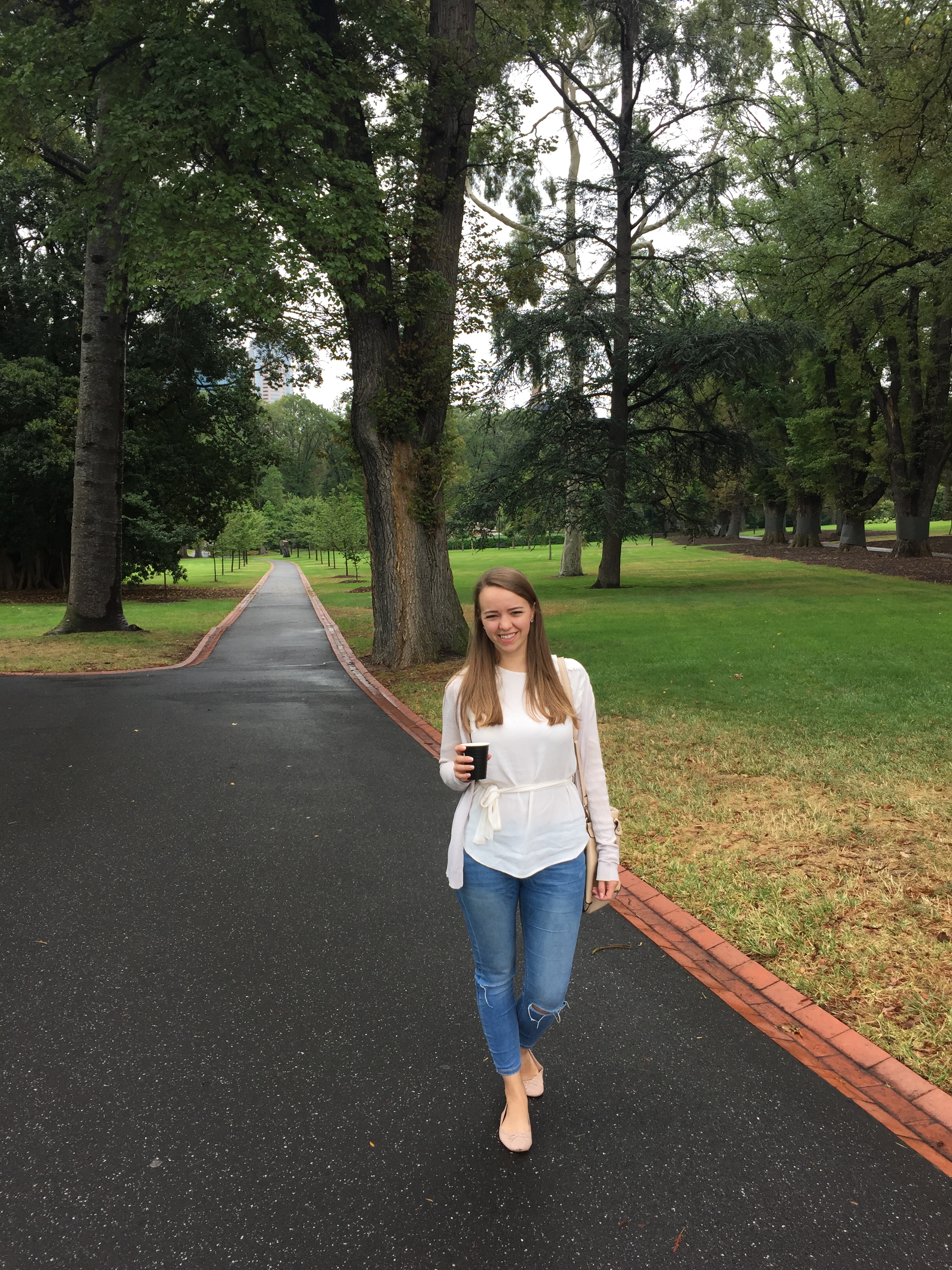 The sun had just started to show a little bit as we were walking, and it was lovely to walk through the park near our hotel and just enjoy the fresh air and greenery!

Early the next morning it was time to head to Auckland. It’s been a while since I went to Auckland (you can check out my last post, where I visited Waiheke Island, here) so I was hoping for some nice weather. And we got lucky, it was a gorgeous day when we arrived!

One of the girls and I headed down to the harbour for a workout, as we couldn’t miss out on that fresh air and beautiful view.

Not to mention all the huge yachts lined up…shame nobody invited us to join them on one! 😉 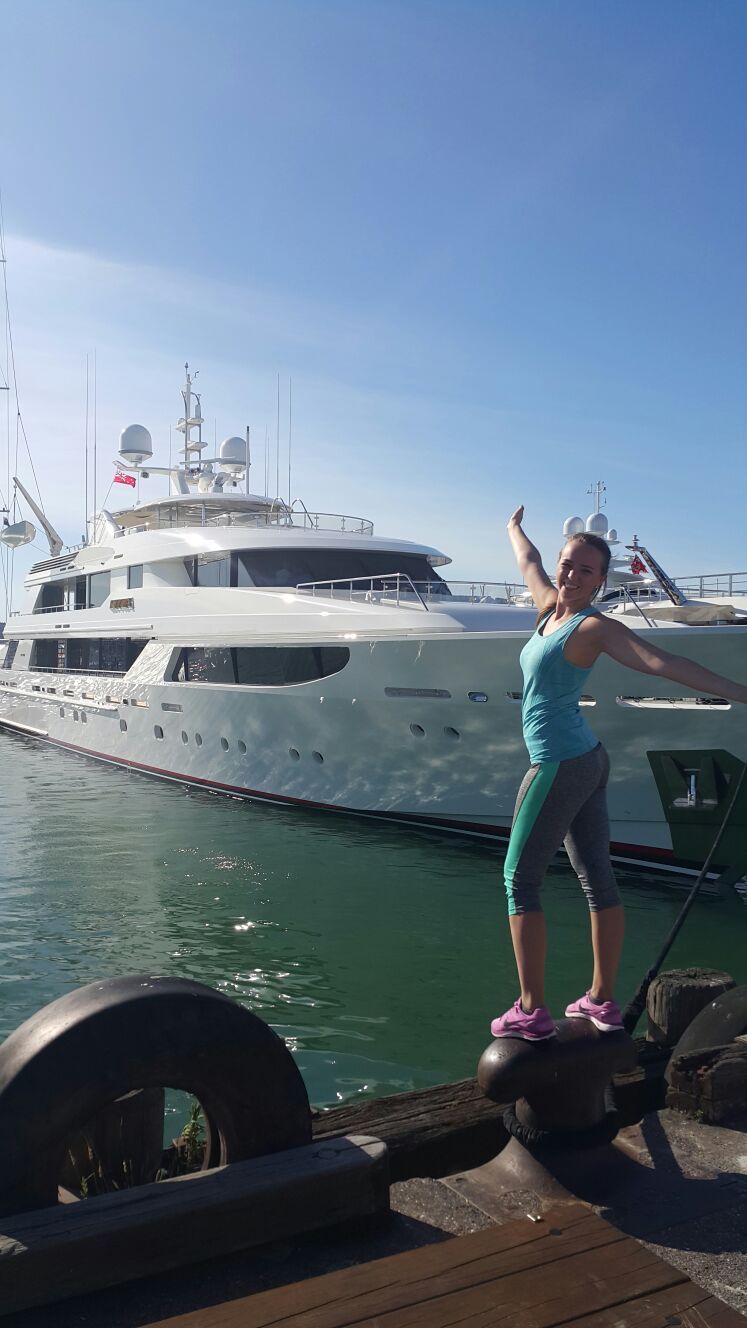 It was such a lovely afternoon, and the city was full of families and couples strolling around enjoying the sunshine. There was even a Red Cross concert going on which we stopped to listen to for a while.

After our workout we walked back to the hotel to meet the rest of the crew for dinner. For some reason in Auckland all the crew always go to a restaurant called The Occidental (which I also went to last time I was there), which is really not that great. I was not very impressed by the food but they did give us 20% off because we’re cabin crew, which I can’t complain about! It’s a shame because it was a beautiful evening and it would have been lovely to sit outside and enjoy the weather, but never mind!

The next morning I decided to take the ferry to a little town called Devonport. It’s just a quick 10 minute ride, and definitely worth the trip for a morning out! 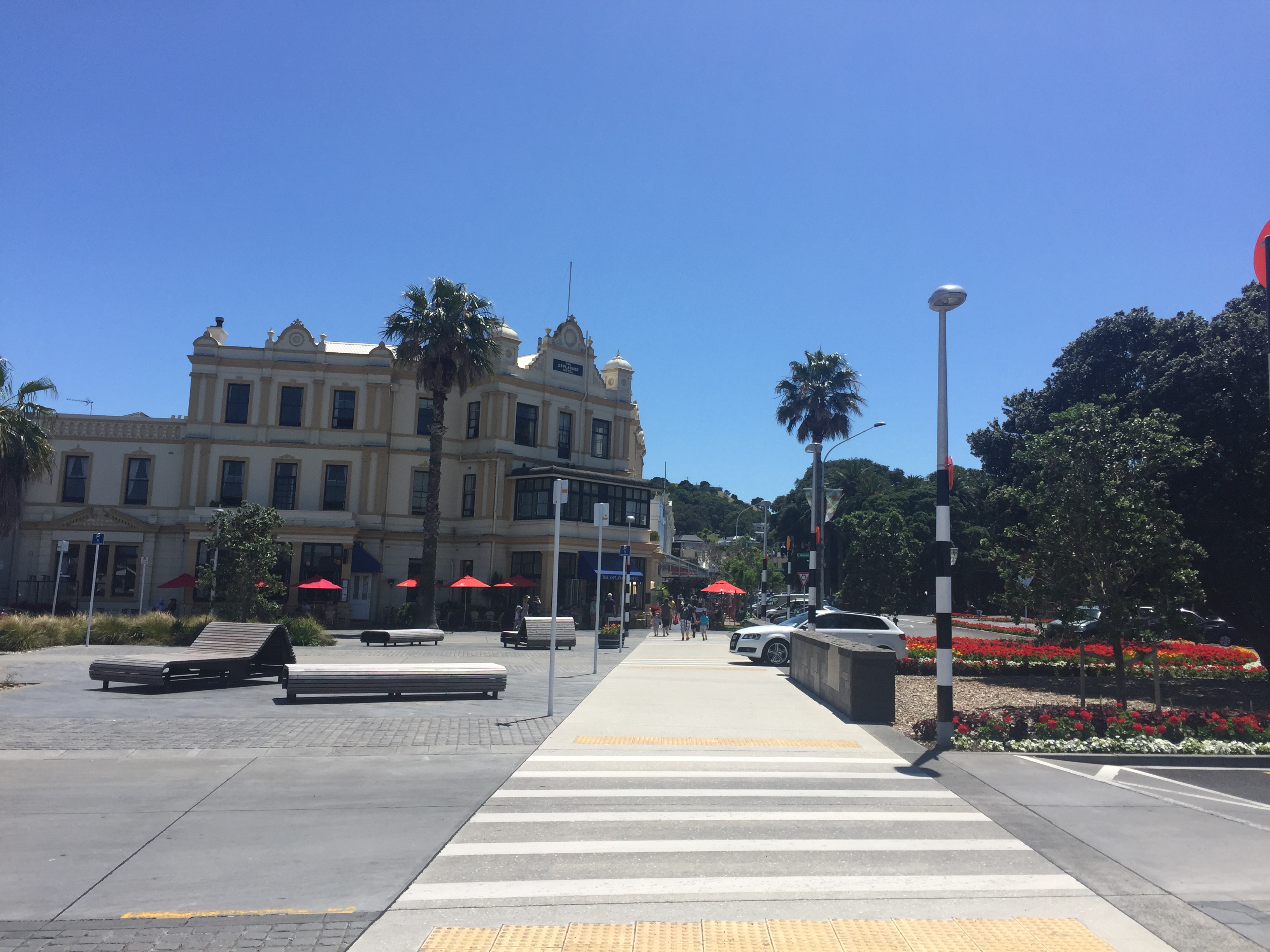 I walked through the main street, past lots of little cafes and boutiques, and up to Mount Victoria. It’s more of a hill than a mountain, but was still relatively steep to climb up!

This tennis court was halfway up the hill….what a view from the court!

I walked up to the top, where there’s a lovely panoramic view of Auckland. 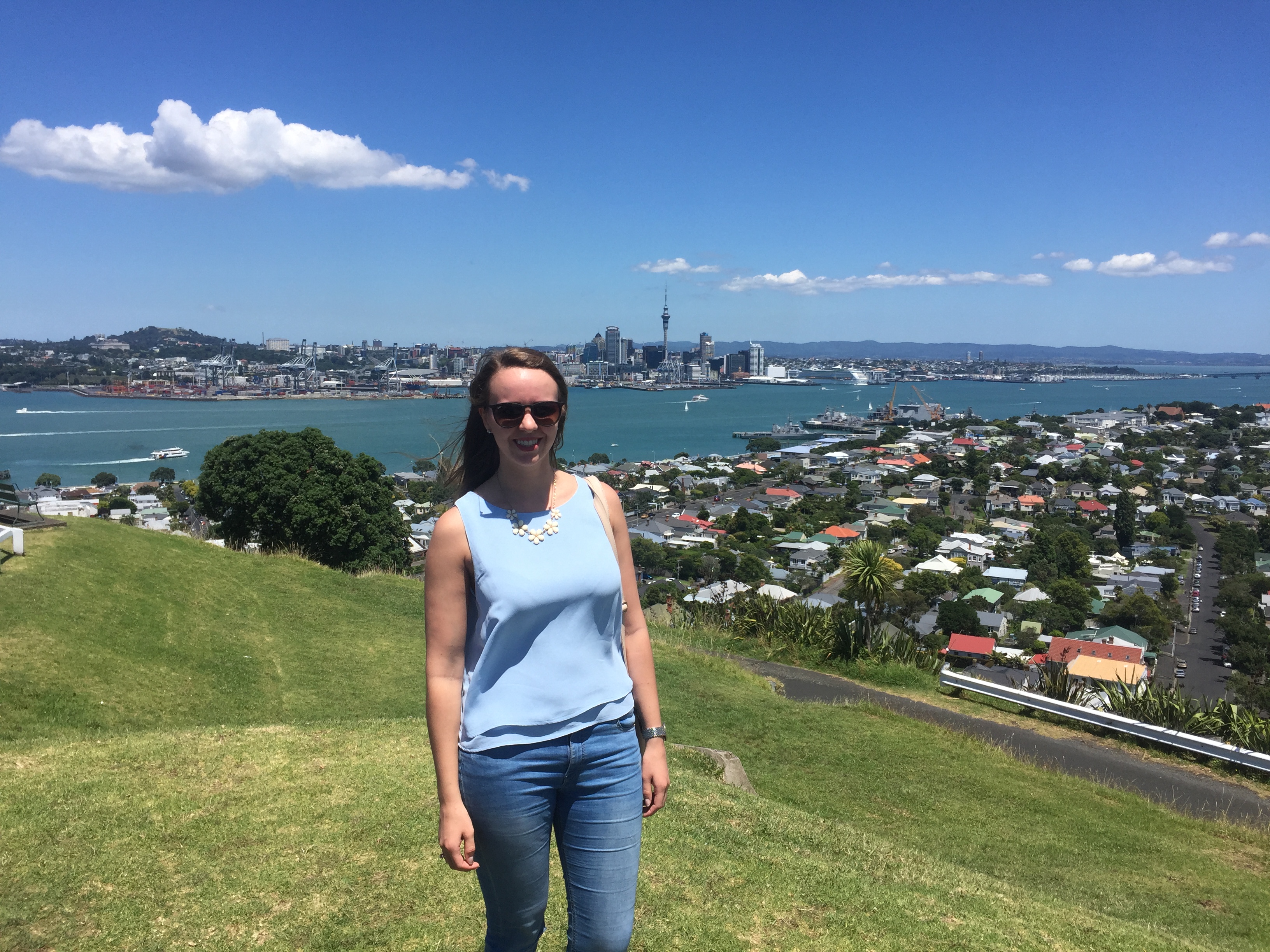 On the way back down I passed by a lovely house with a terrace out the front, which I imagine would be delightful to sit on reading a book in the sunshine. 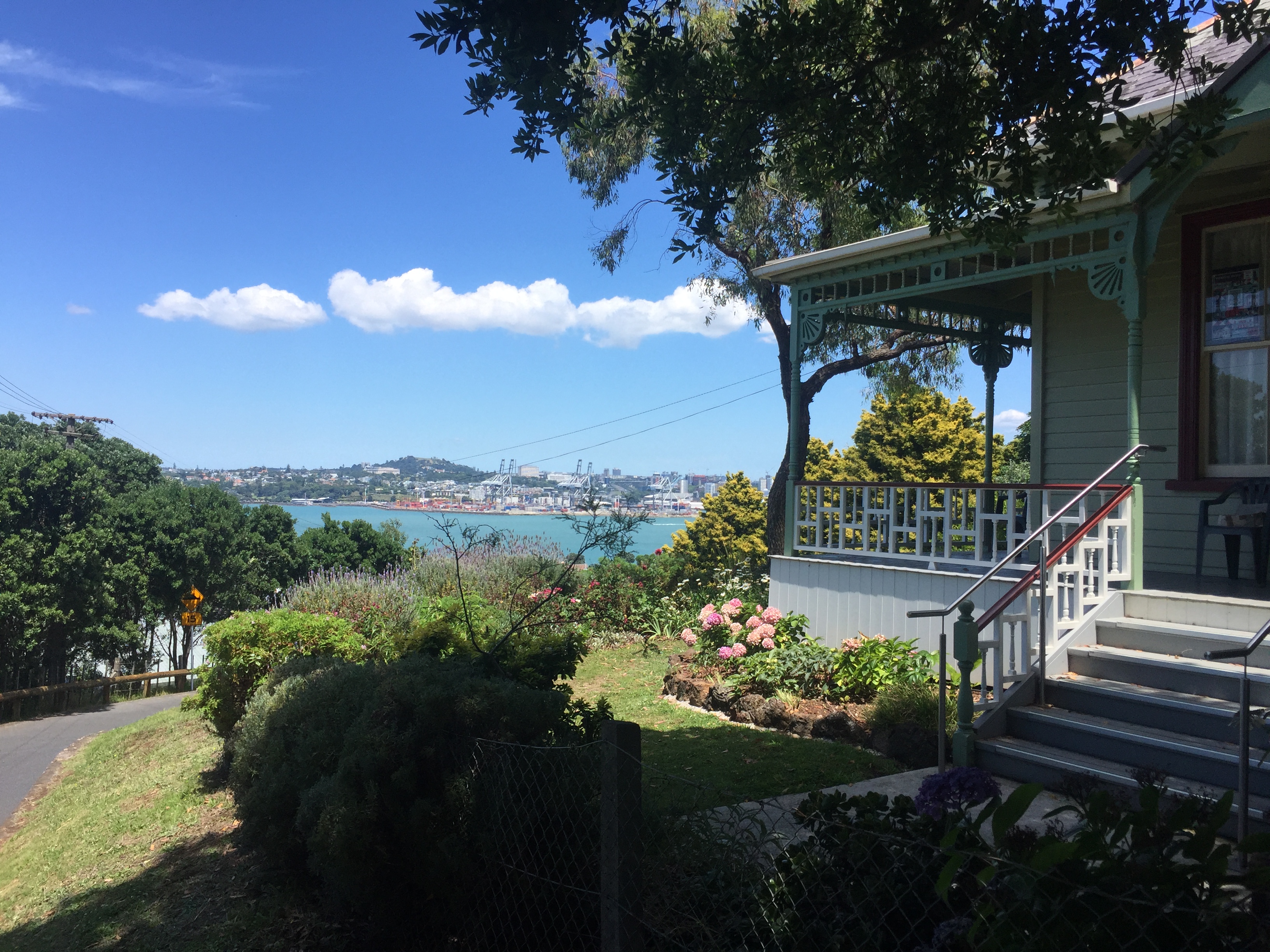 I walked on down to the beach, which was full of families swimming and sunbathing!

My last stop before getting the ferry back to Auckland was a cute little cafe. I had a bit of time before the ferry back (although they do run every 1/2 hour or so) so I decided to get a nice cold coffee and write my postcards.

Before I knew it, I was on my way back to Melbourne for the last layover of the trip. I spent it watching another movie at the cinema (this time for only 8 dollars, as it was a Monday lunchtime!) and grocery shopping.

The last leg was finally upon us, and we were all looking forward to getting back to Dubai. I really enjoyed this trip and I’m happy all the crew were so much fun!

Leave a Reply to The Dubai Diaries Cancel reply