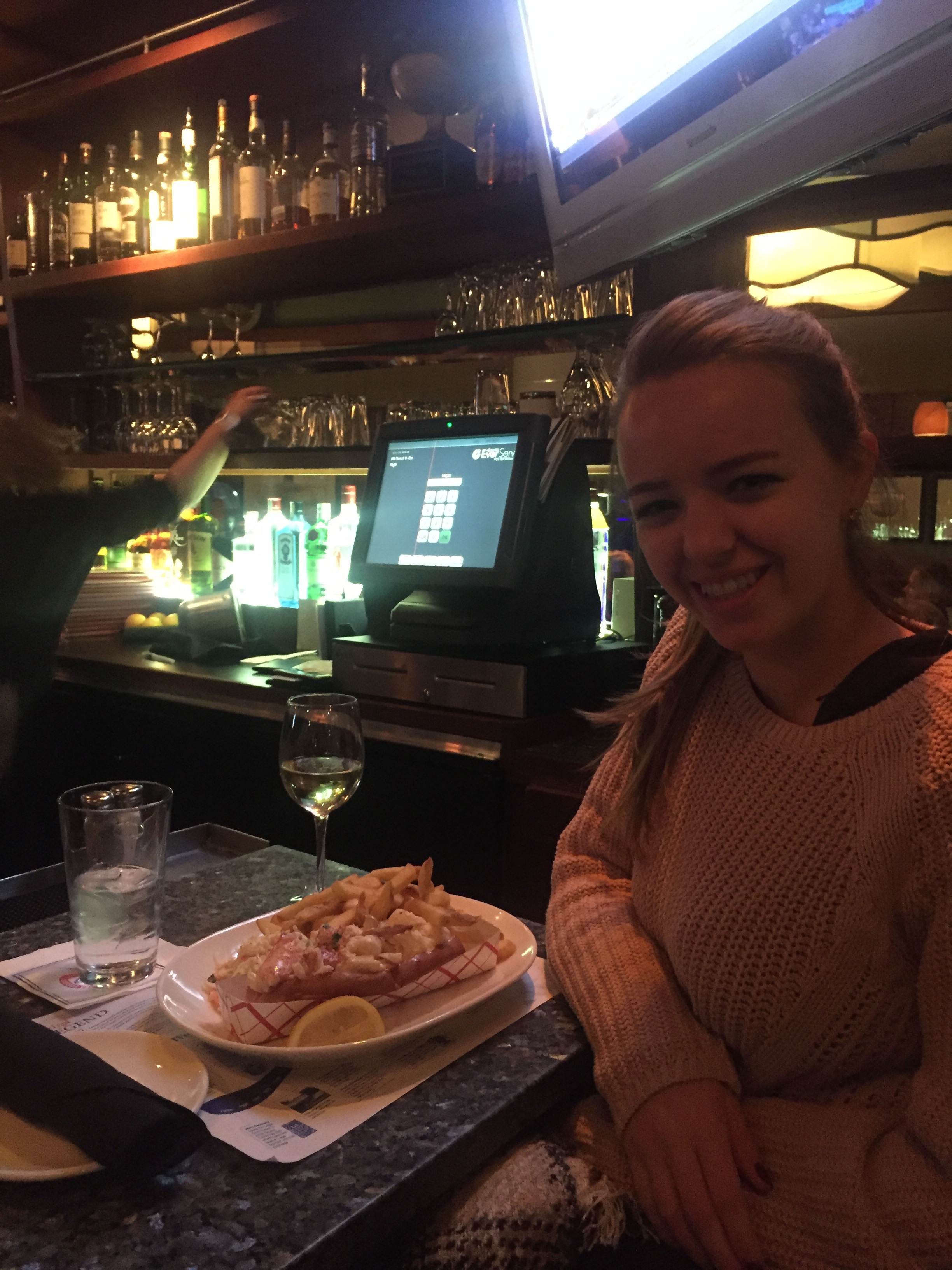 My first stop was the one closest to our hotel, the Boston Tea Party Ship & Museum. The trolley ticket actually includes a free ticket to the museum, but you have to do a little tour which takes 45 mins – 1 hour and I just missed the start, so I decided not to wait around for the next one. 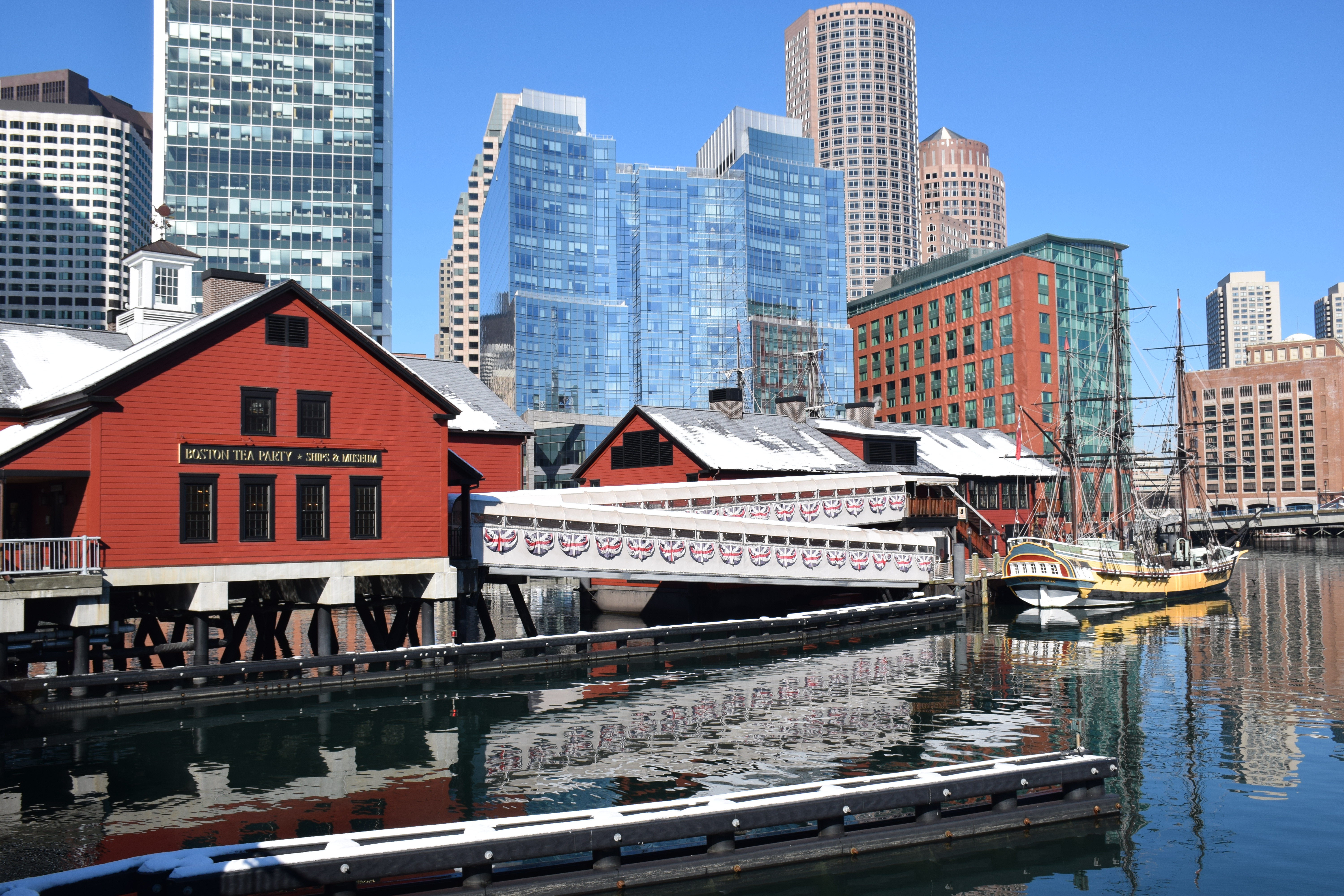 I hopped back on the bus and got off at stop number one, which was the area where Quincy Market is located. It’s a historic market complex in downtown Boston, which was constructed in 1824! It’s like an indoor market, full of all sorts of food stalls. I was still completely full from breakfast so I didn’t stop to try anything, though the bus driver had recommended getting some clam chowder from there.

I had a walk around the area, and it was lovely and snowy! There were also plenty of shops there, although surprisingly enough (for me!) I didn’t actually do any shopping. 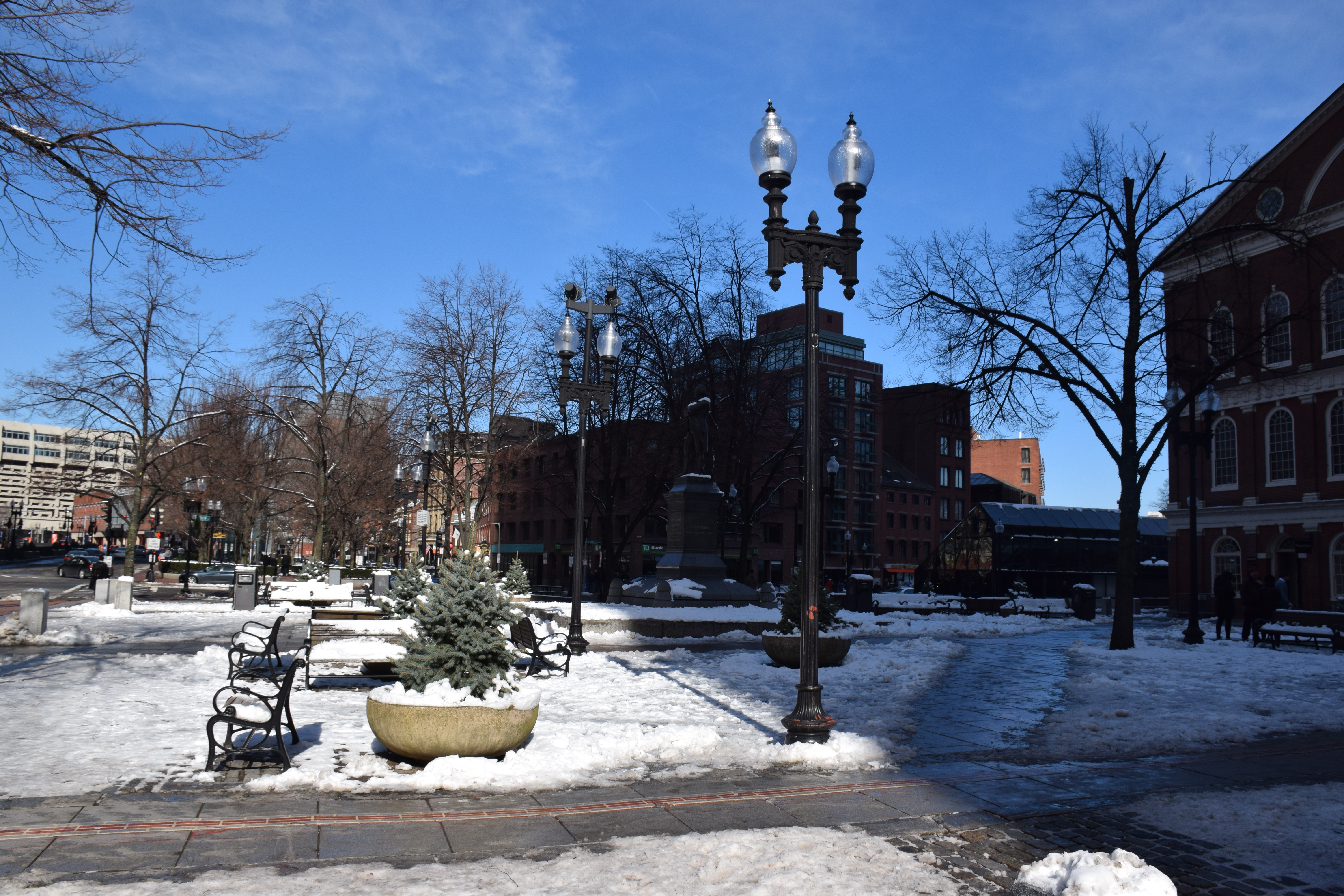 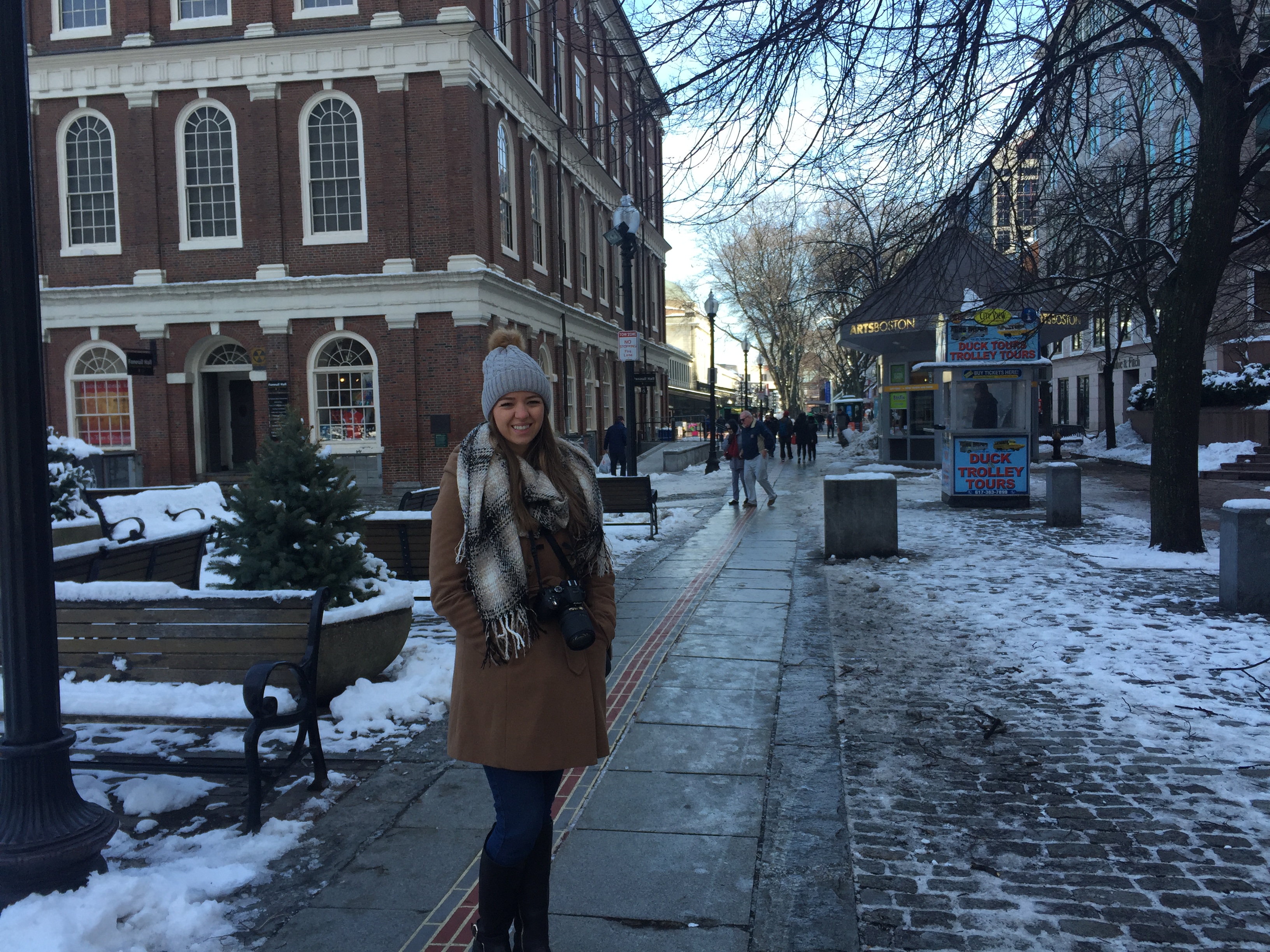 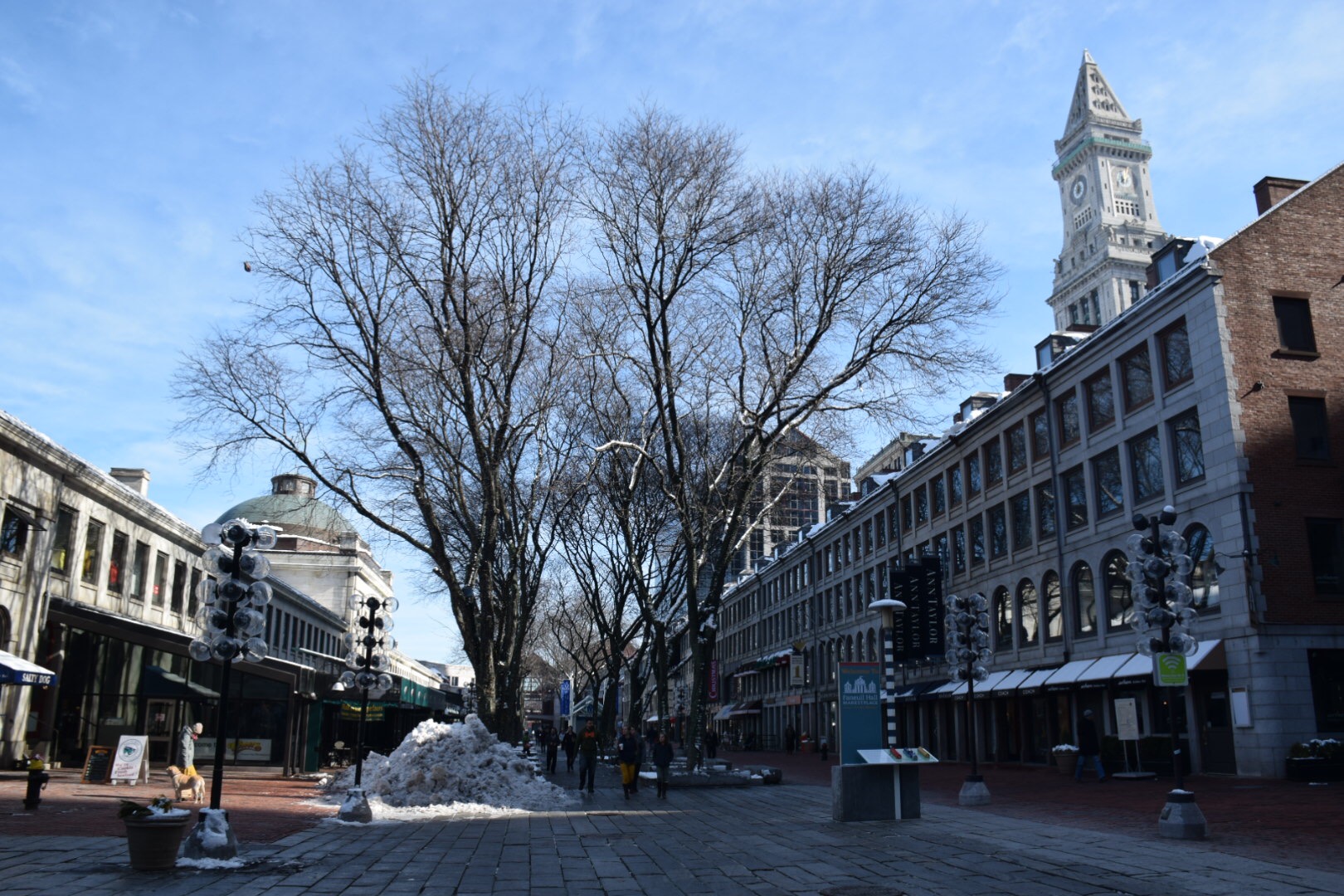 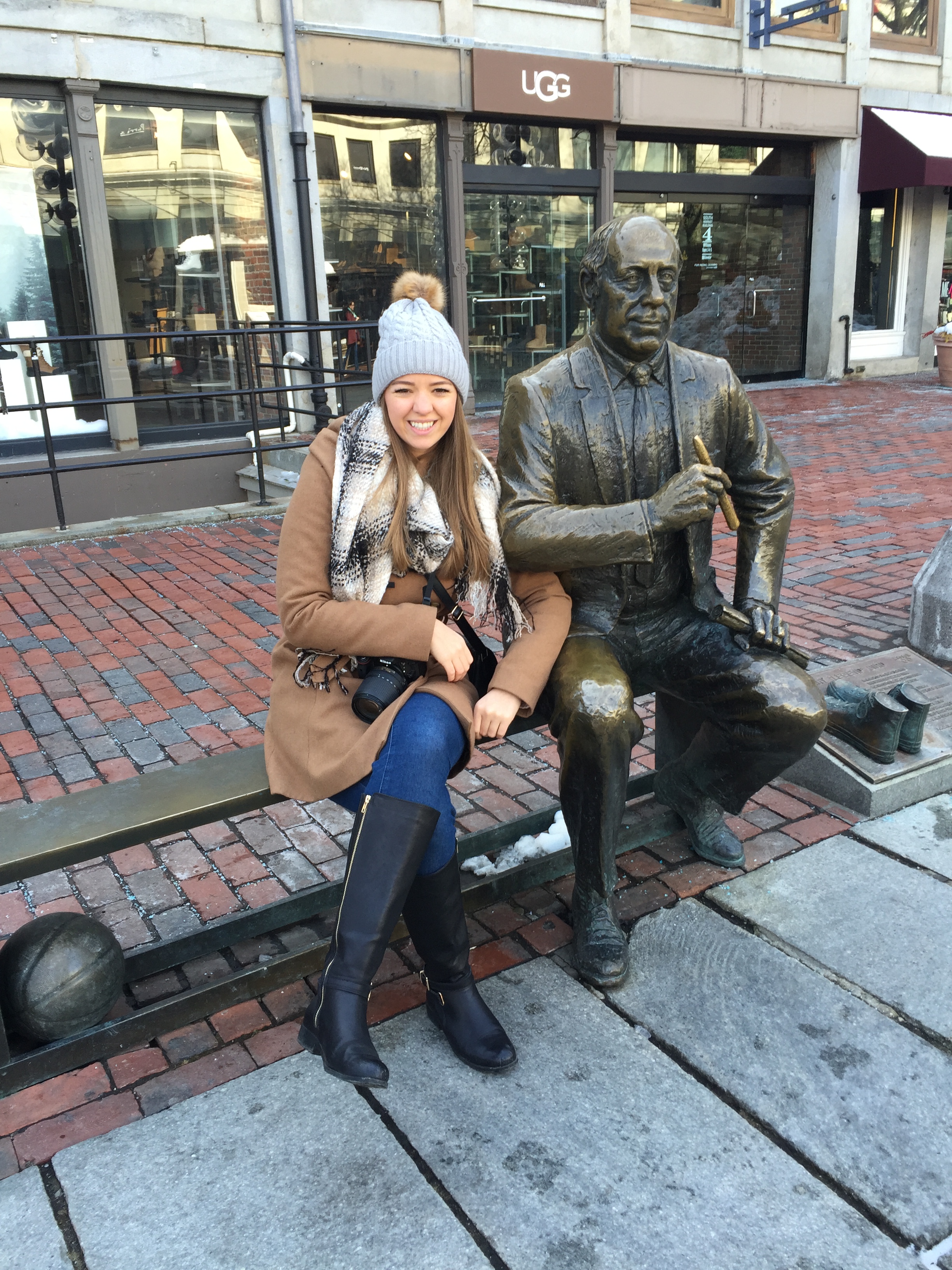 After a good walk around, I got back on the bus for a little tour til the next stop.We drove past Little Italy (which I most definitely would have stopped at had I been hungry!), the USS Constitution, the Boston Massacre site, and plenty of other interesting sights until my next stop, Boston Common. 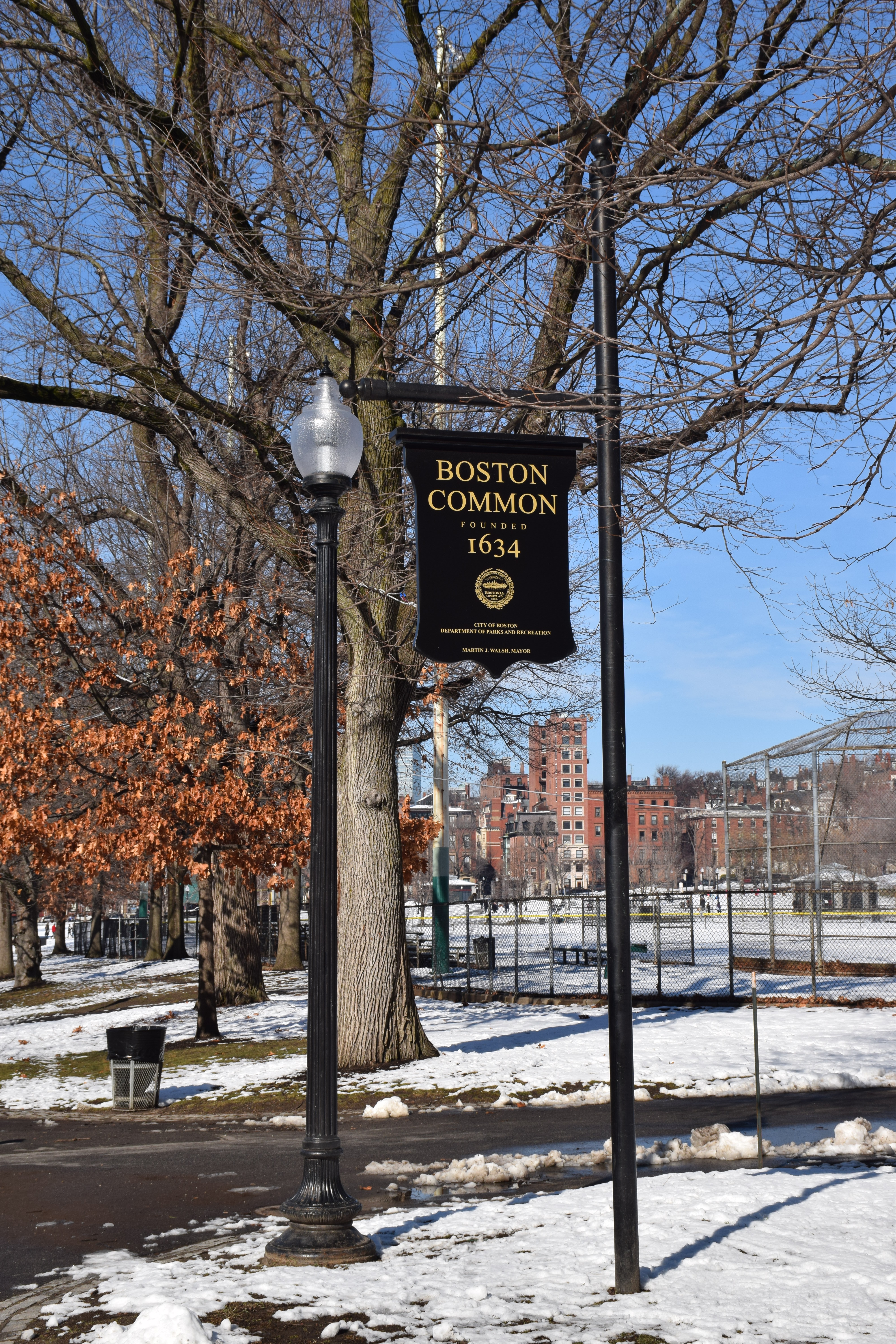 Boston Common is a central public park which dates back from 1634. It’s the oldest city park in the United States! It had a lovely blanket of powdery snow, and since it was the weekend, was full of families and people out enjoying the sunshine. 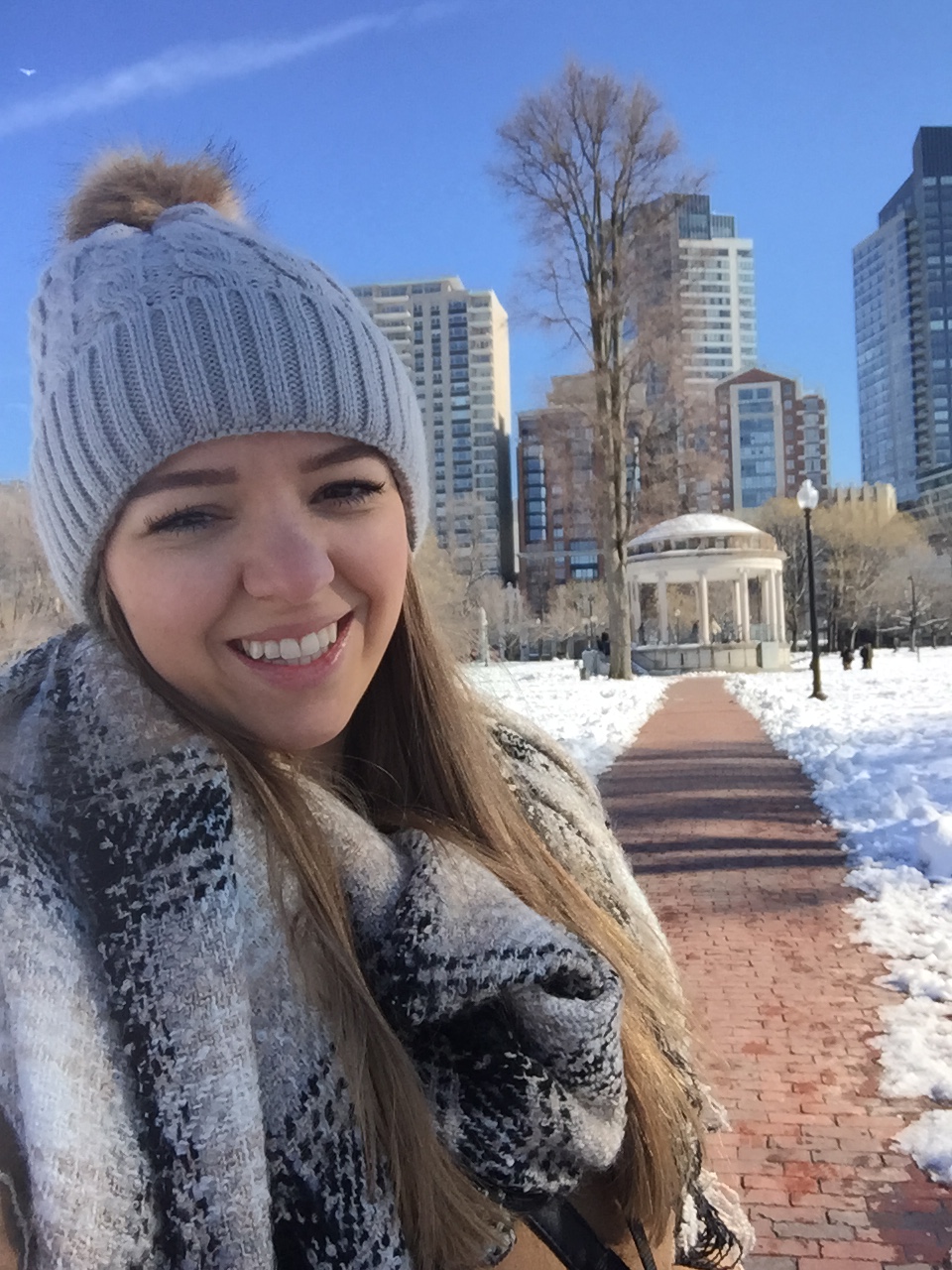 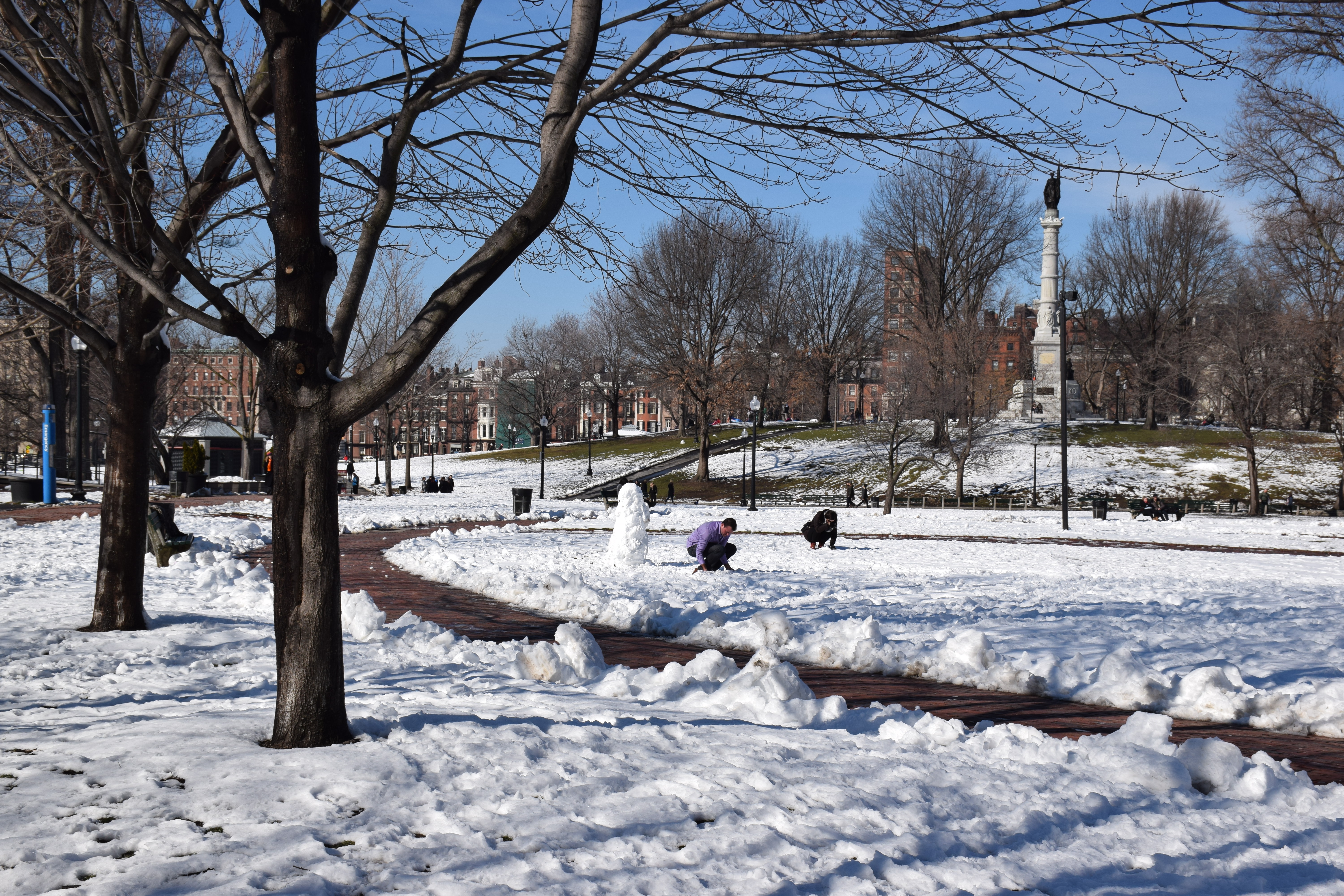 I crossed over to the other side of the park, called Public Garden. It contains a large lake, and in warmer months you can find the famous swan boats there. Supposedly there are real life swans as well, though I only saw geese and ducks! 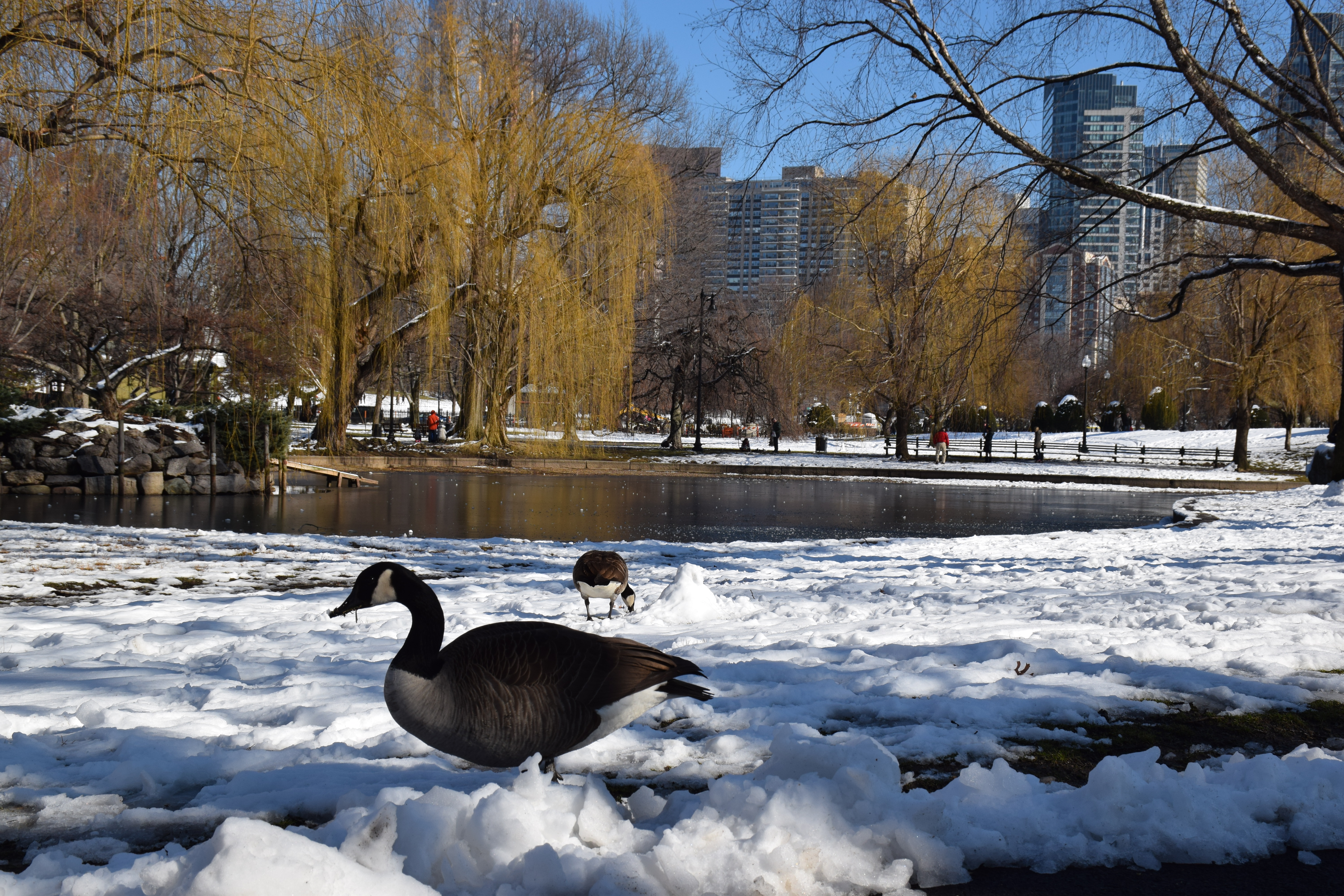 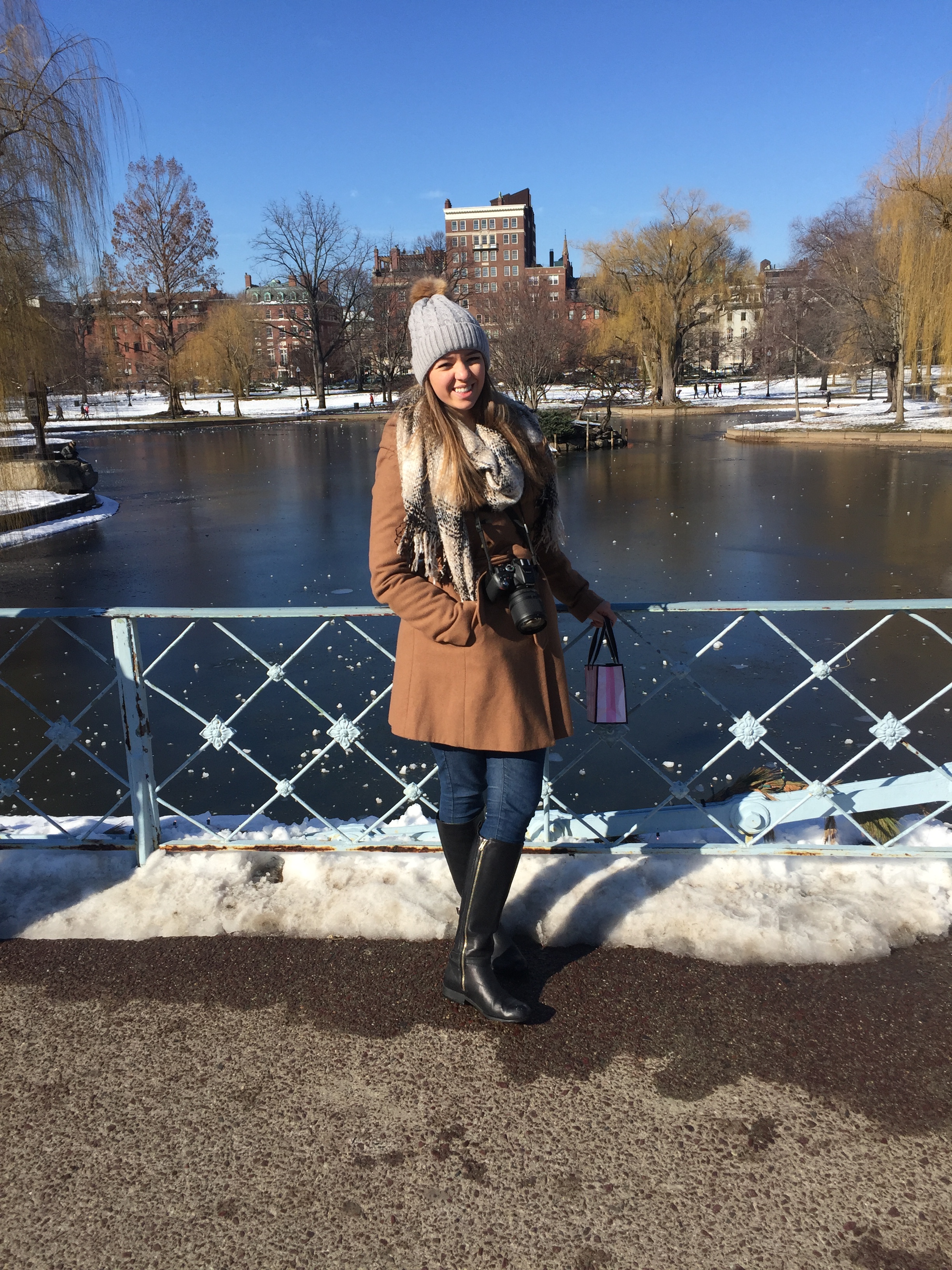 I walked back to the bus stop and got back on the next one that came along. I decided to go up to the top of the Prudential Centre, which is a shopping mall that has an observation deck on the 50th floor. It was a bit of a rip off at $17, but a nice panoramic view of the city anyway. 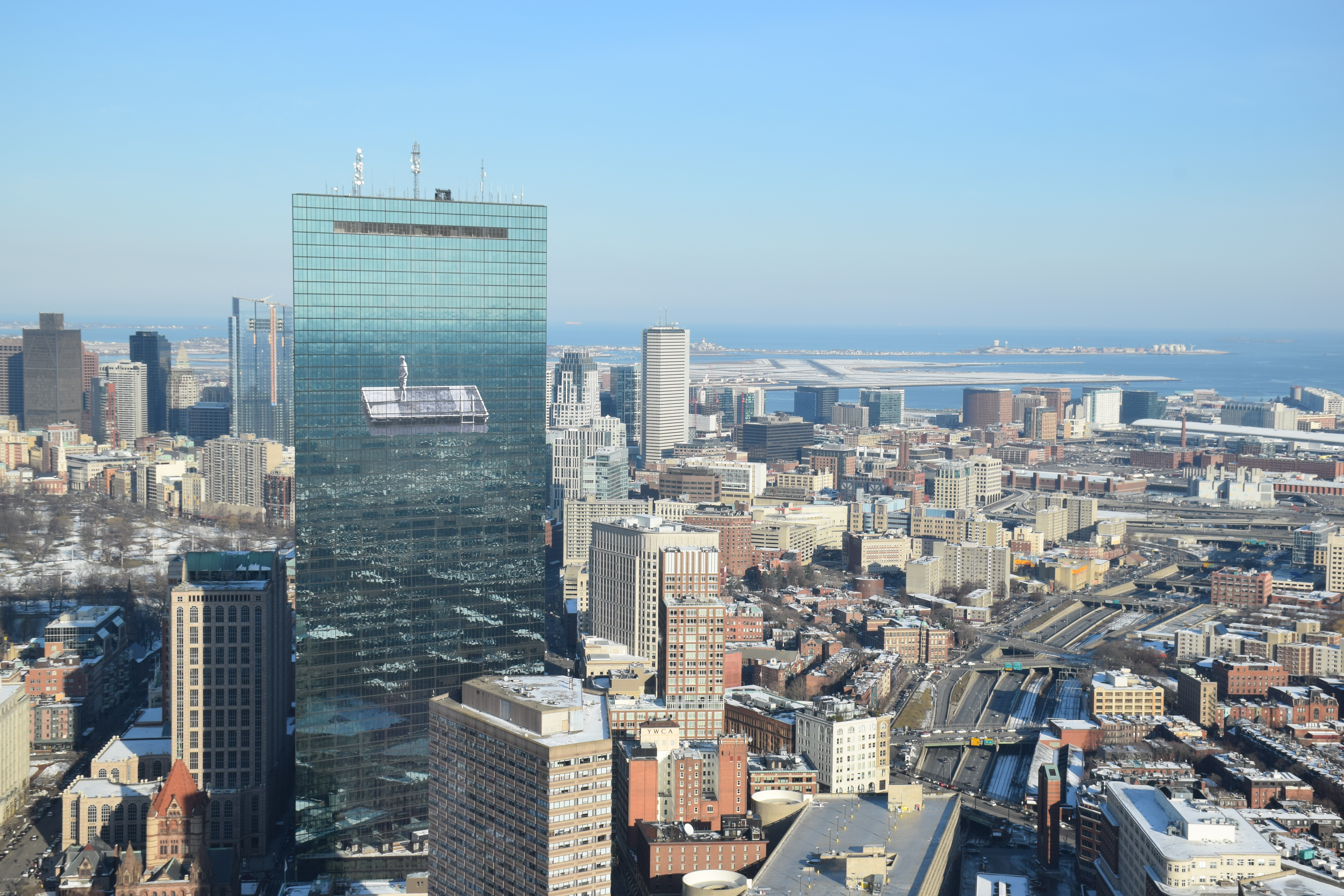 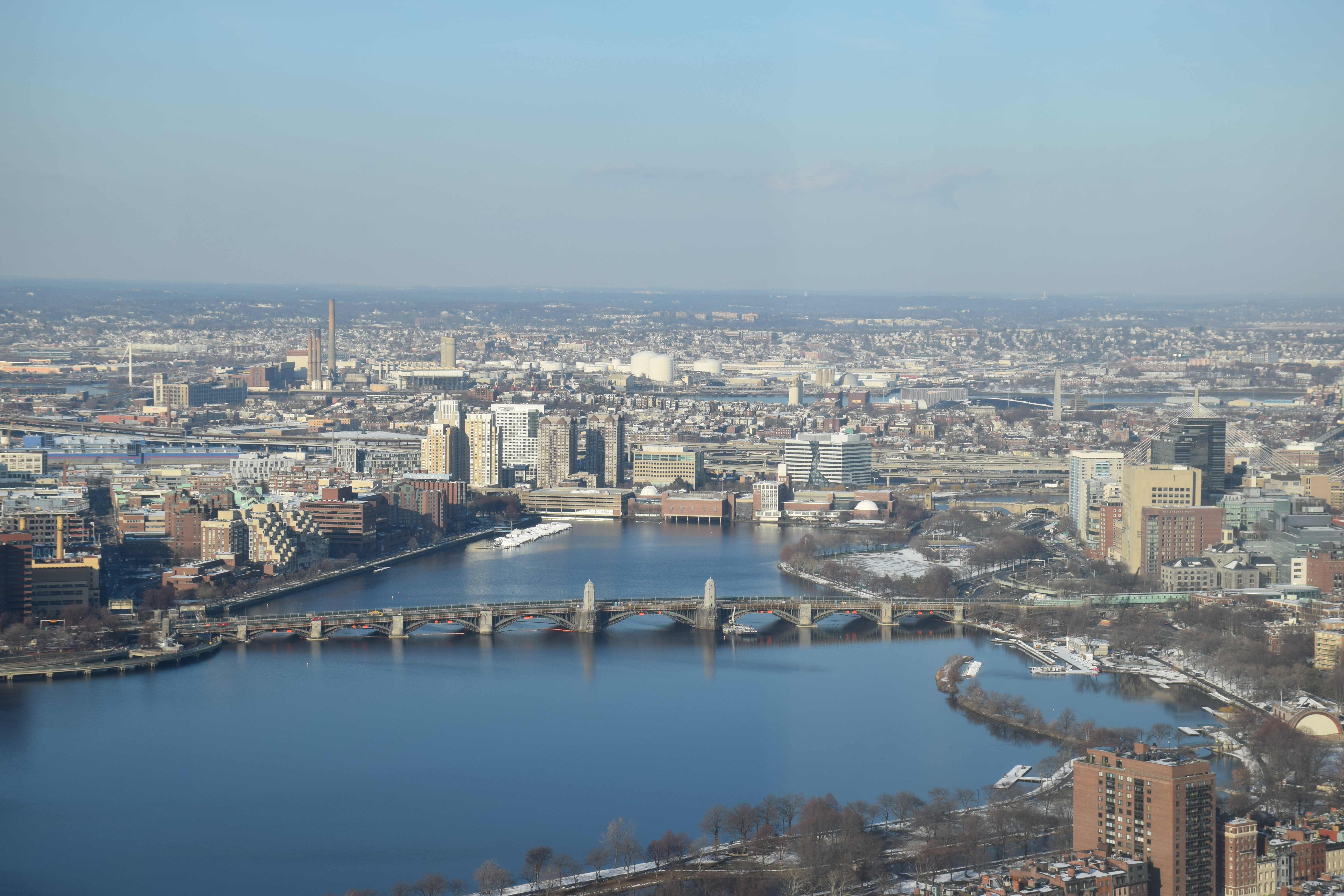 The bus then took me around some more of the pretty streets of Boston, and crossed the Charles River onto the other side, Cambridge. If you want to you can get off here and take the train to Harvard University, but since the last bus goes at 4 (and my wake up call was 7pm!) I didn’t have too much time to spare.

I stayed on the bus until it took me back round to where I started. I walked back to the hotel enjoying the last of the crisp fresh air I’d have for a while (luckily the flight back wasn’t quite as long as on the way over, only 11,5 hours!) just as the sun was starting to slowly go down.

Since I hadn’t eaten since breakfast, I thought I’d order one last lobster roll before it was time to head home. After all, who knows when I’ll eat lobster again! I also ordered a small bowl of clam chowder to try, and it was pretty tasty. Definitely not the healthiest of trips, I’ll be back on the salads now! 😉 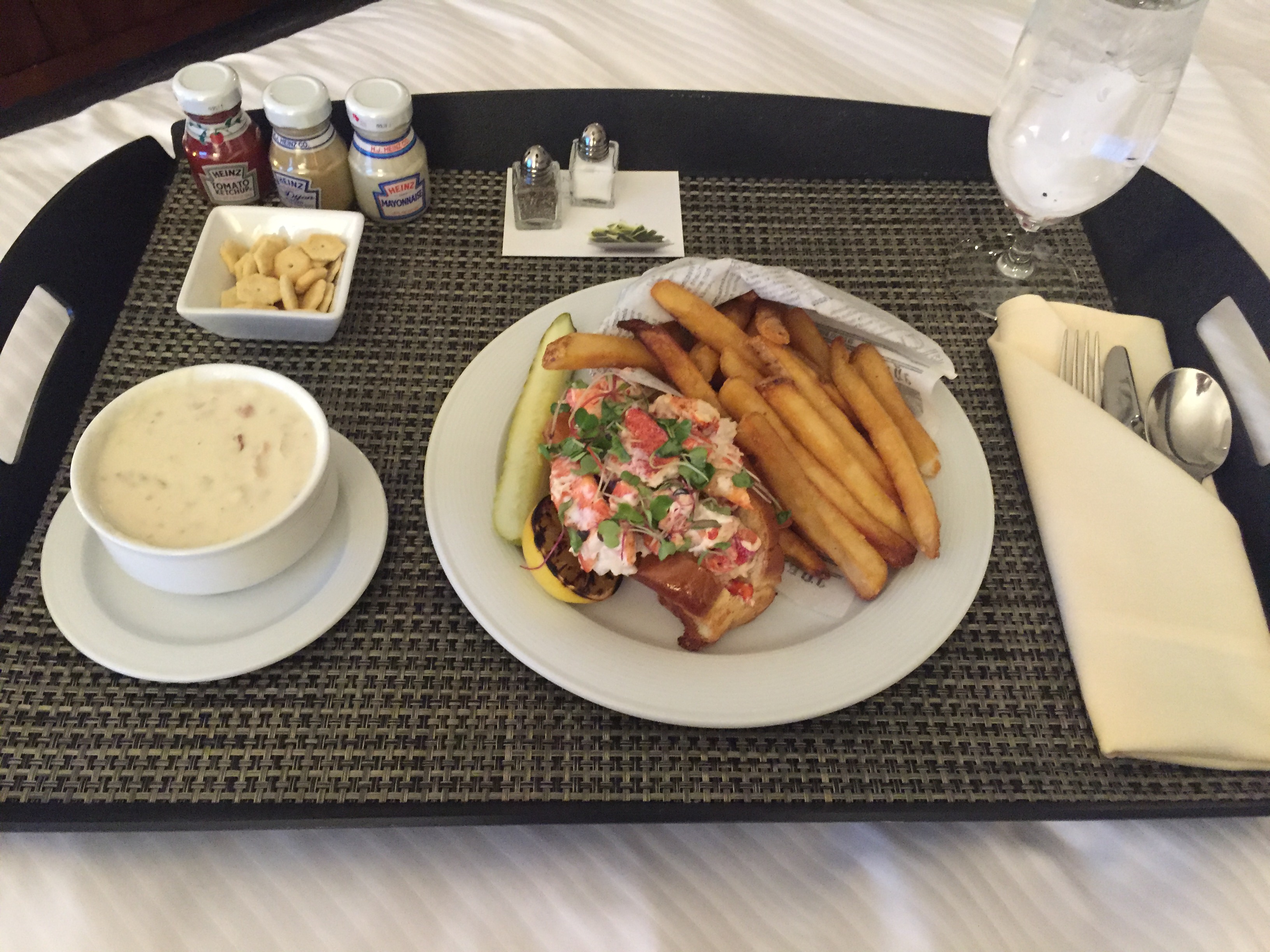 All in all a thoroughly enjoyable trip, and a lovely way to end my reserve!

Leave a Reply to The Dubai Diaries Cancel reply