END_OF_DOCUMENT_TOKEN_TO_BE_REPLACED

On my recent layover to Moscow, myself and one of the other business class crew, Raluca, decided to get a bit of fresh air and explore the area. Our crew hotel has changed so I haven’t been around the area we stay in before, and we started the day off with a coffee at Starbucks in the mall opposite the hotel.

After a browse around the shops (and some very interesting Russian fashion!) we headed outside. Within a few minutes walk there was a beautiful park, which we later found out is called Sokolniki Park.

On the way we passed by a lovely church, painted in gorgeous turquoise blue colours. If the sky wasn’t going to be blue, at least the church could show us some colour! 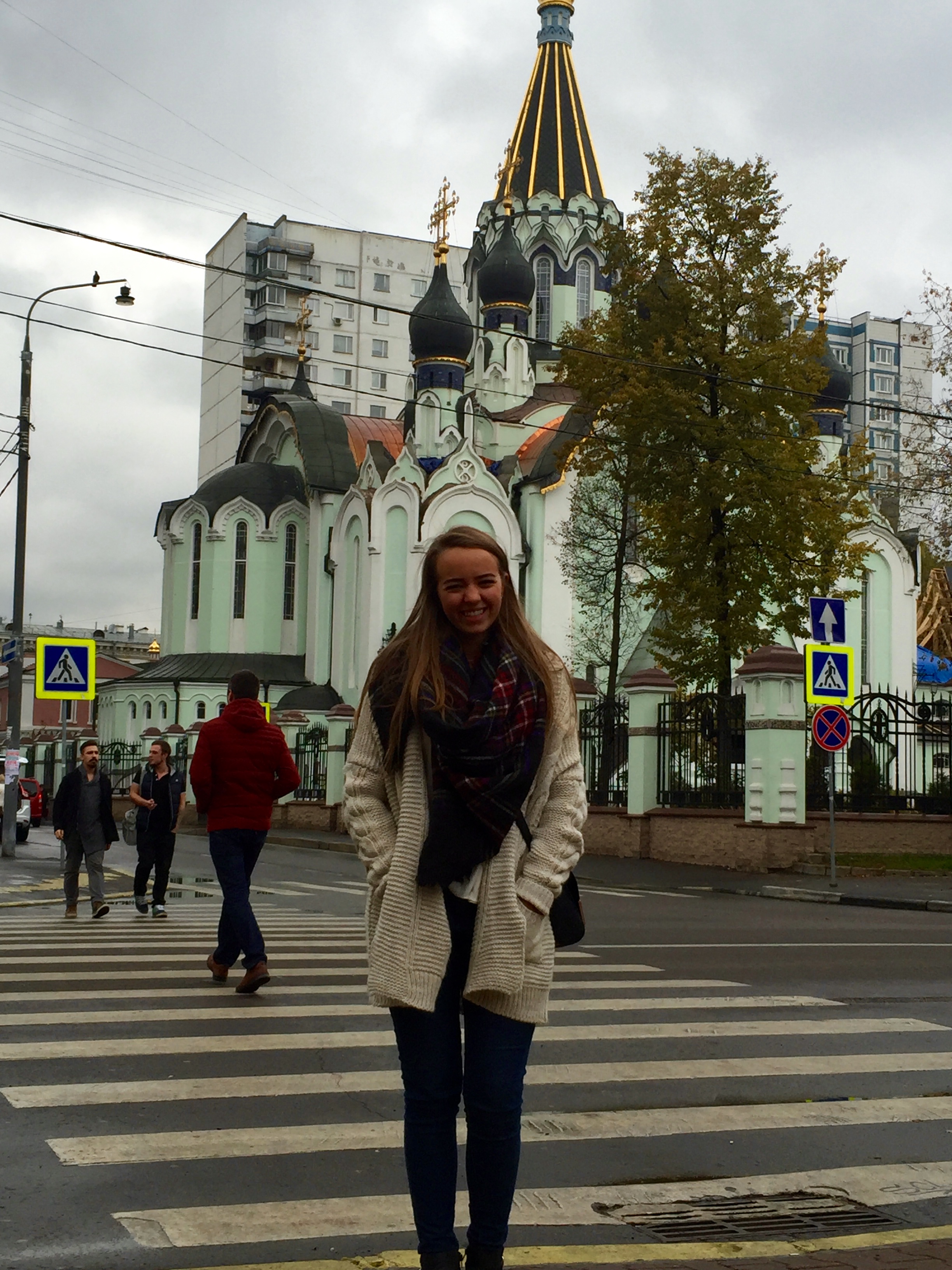 END_OF_DOCUMENT_TOKEN_TO_BE_REPLACED

What this post title says (if Google translate got it right!) is…. Welcome to Moscow!

One of my most recent layovers was to Russia, a country which I had never been to before. I was very glad to be going there for the first time in summer, not during -20 degrees in winter! It’s only a short flight from Dubai, around 4 and a half hours. However the bus journey from the airport to the hotel is a long one, so once we arrived it was late and we all went straight to bed. A few of us arranged to meet for breakfast in the hotel, and then decided to go out as a lot of us were here for the first time.

In the end 12 of us (that must be a record!) took the hotel’s free shuttle bus to the Red Square.

It was incredibly beautiful and we were all very impressed. We took lots of touristy pictures and even managed to get a couple of group shots with everyone in!

We walked all the way around stopping to admire all the different colours and shapes on the building. We stopped off in the souvenir shop to pick up a few postcards, and I also got a set of Russian dolls which are now on display in my room!

One of the girls had just done the same trip a few days before, so she knew her way around a bit and suggested we go to a lovely park just nearby. A few of the others split off to do their own thing, and the rest of us hopped on the metro (hoping we were going the right way, as all the signs were in Russian only!) and rode a couple of stops to the park. We had a lovely long walk through the park, feeling more like we were in a the south of France or Spain, it was so pretty! As it had been quite a while since breakfast, we decided to get some lunch and there was a gorgeous little cafe/restaurant hidden away between the trees. In fact the trees were still growing in between lots of the tables inside! After an absolutely delicious lunch we wandered back through the park, stopping by the fountain to enjoy a bit of sunshine! We would have liked to stay longer just relaxing in the park, especially as there were benches and bean bags everywhere, but we had to get back to the hotel for the flight home.

Once back at the hotel I had a short nap and all too soon it was time to fly back home to Dubai. We thought it was going to be a nice easy flight, half full like the day before. However, the 777 flight which was meant to be departing that day got cancelled, so we got all of their passengers, which meant that we were completely full! Luckily it was over before we even knew it and I was back in sunny Dubai!

My next trip is to Singapore, which I am incredibly excited about as I absolutely love it there. I have also heard that it’s their national day and there will be a big parade and fireworks etc, so hopefully some of the crew will be up for going out to watch it!

After that I’m going to fly home to Austria to stay with my family for a couple of days (crew scheduling gave me 5 days off in a row – nice!) then I have one more flight to Perth, and then leave! August is going to be a great month, I can tell already!