Not too long ago I was lucky enough to swap onto one of our newest flights – a JFK with a 42 hour layover! (The previous flights only have a 24 or 30 hour layover.) I originally had a flight to LAX, but I went there in January so wanted to get rid of it if possible – and someone accepted my swap 🙂

The flight was busy, busy, busy. We had around just over 50 upgrades in business class (so pretty much the entire cabin!) and we were running back and forth for 13 hours. The good thing about my job however, is that as soon as you get off the plane, you don’t have to think a single thing about the flight again!

Another great thing about my job – the views from “the office”! This was one over Greenland. I always take a moment just to appreciate the beautiful views we get to see. Only recently (on my way to Barcelona) I looked out of the window and could see the Pyramids!

We arrived in NYC quite late at night, so all headed straight to bed. 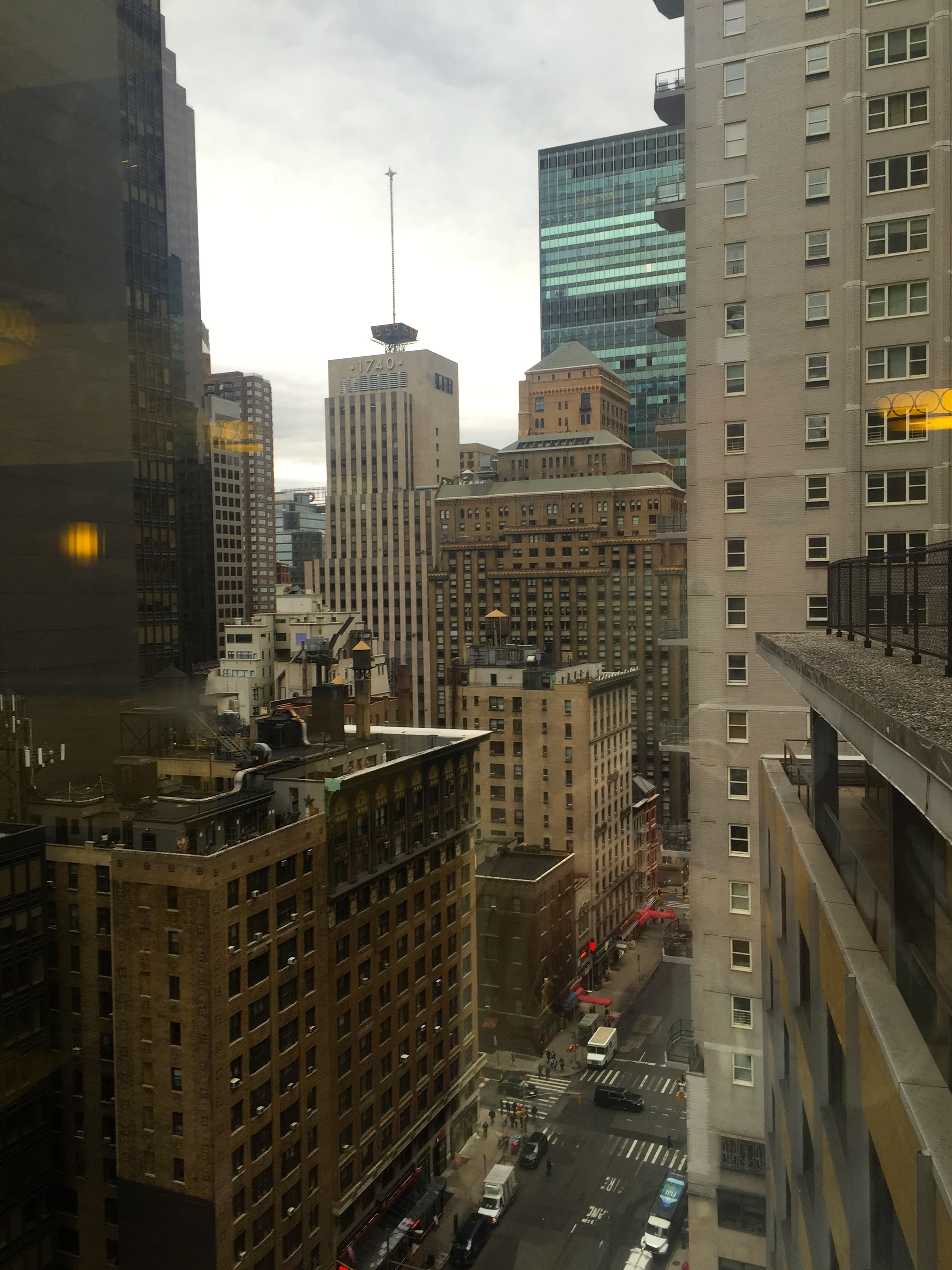 The next day I was up early (thanks to jetlag!) ready to do some exploring. Most of the other crew had plans, and I was also meeting my friends Stephen and Colin (who you may remember from my last New York post) in the evening.

After some breakfast I set out to explore Soho. I didn’t really have a plan, other than wander around a bit, take in the sights, and do a bit of shopping!

I love the typical NY fire escapes which are on all of the exteriors of the buildings. 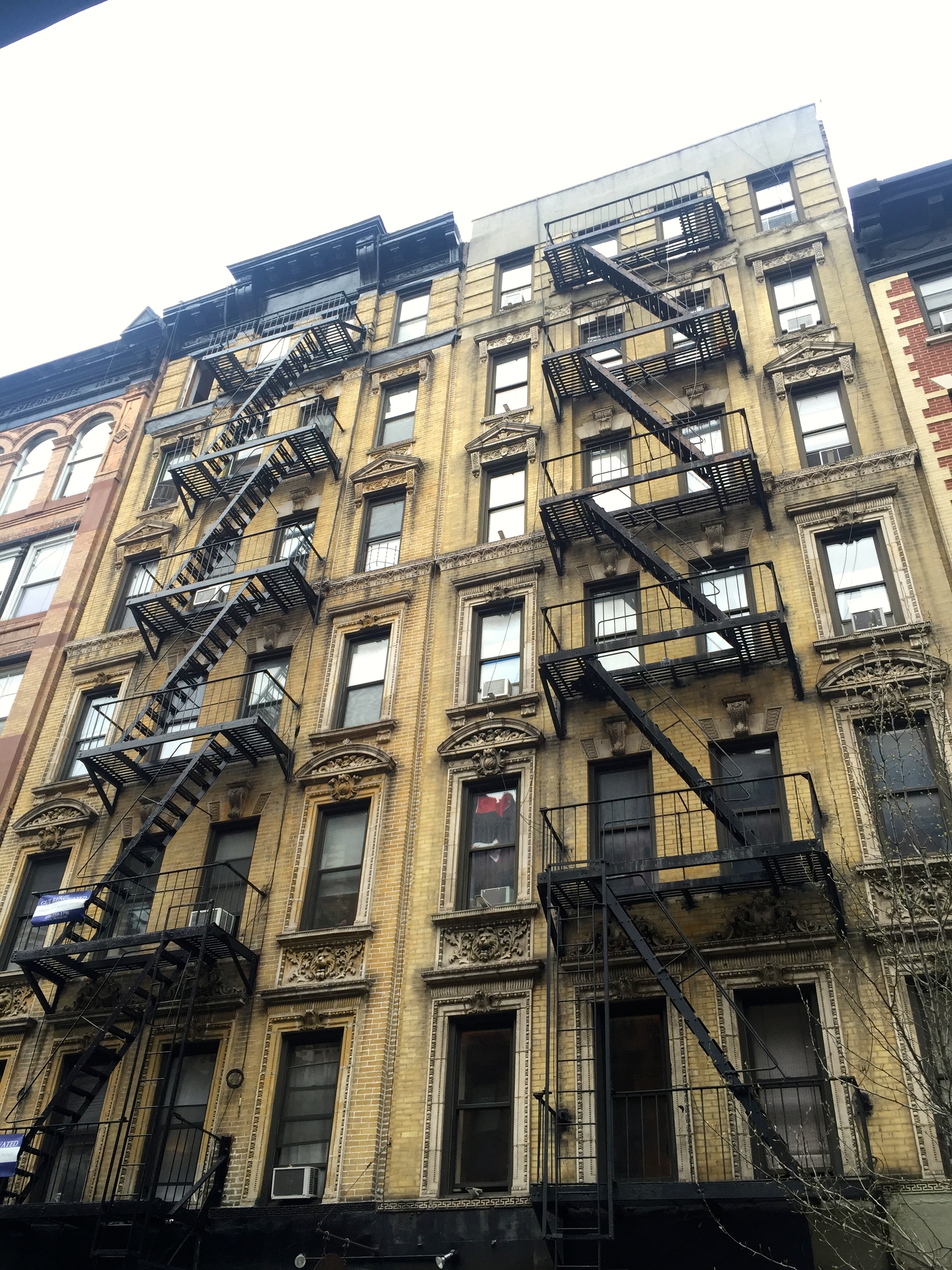 In the distance I could spot the New World Trade Centre, which is the tallest building in the Western Hemisphere. It’s not opening til mid May so I’ll have to wait for my next JFK to check it out.

After a lovely stroll around Soho and a successful shopping mission completed, I decided to visit “Top of the Rock” – the 360 degree viewing platform at the top of the Rockefeller Centre.

I stopped back off at the hotel to drop my shopping and pick up my camera. After a lot of walking (I don’t mind getting lost in NYC!) and a stop through Bryant Park, I arrived at the Rockefeller Centre.

I paid the entrance fee and was whisked up to the 70th floor. 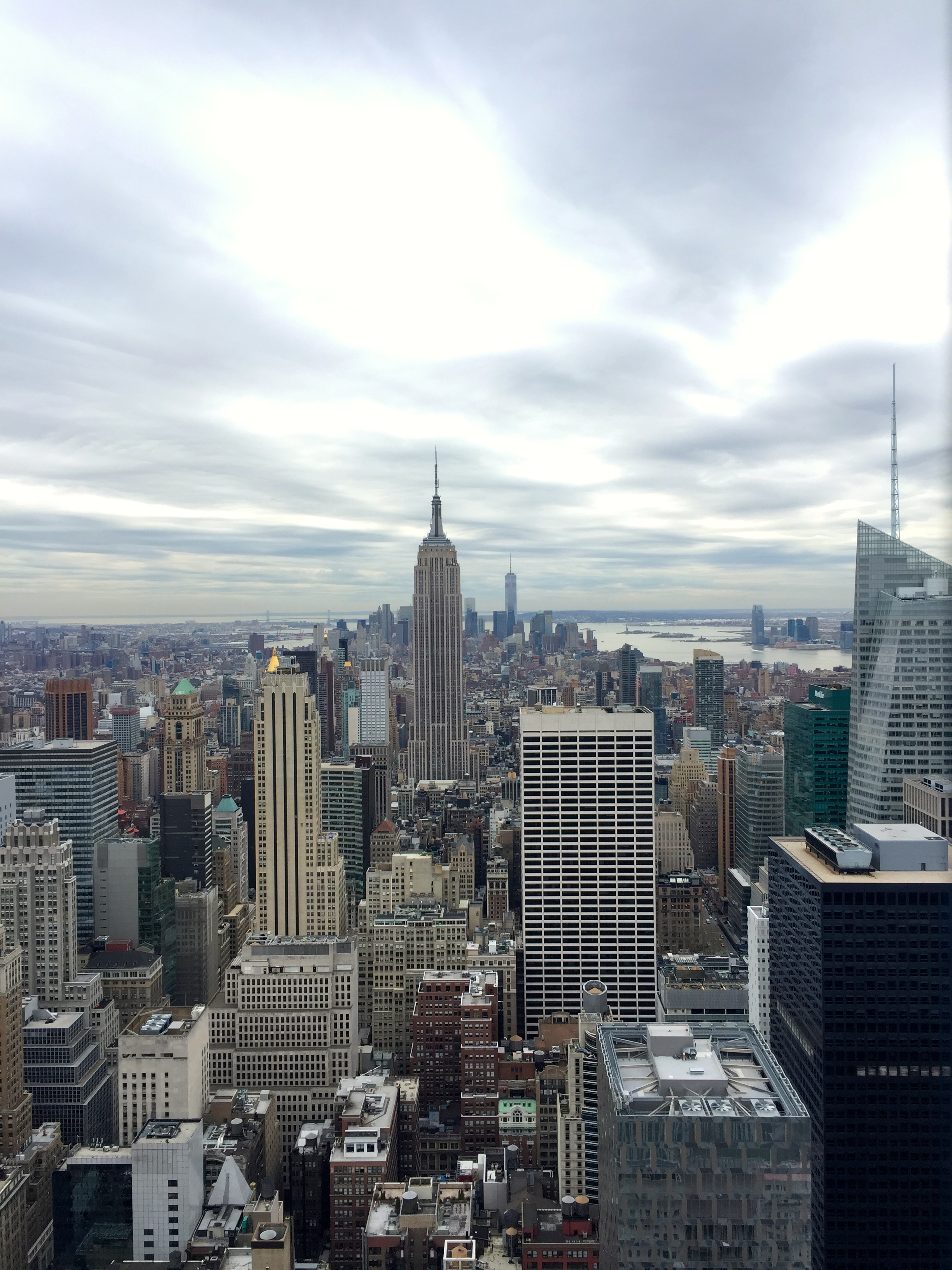 It was a bit of a cloudy day but luckily it didn’t rain, so even though the skies weren’t blue it still made for some quite dramatic photos! 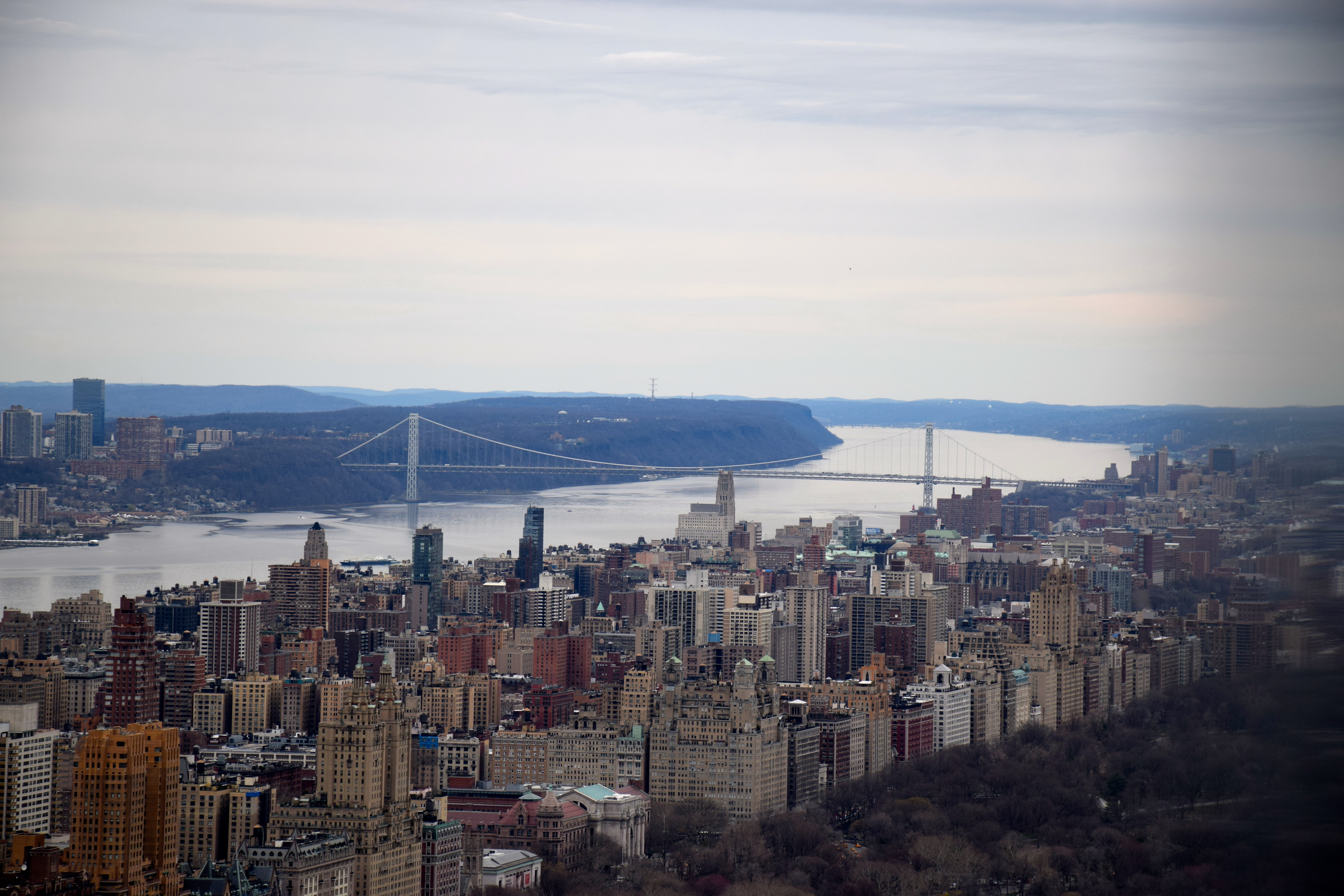 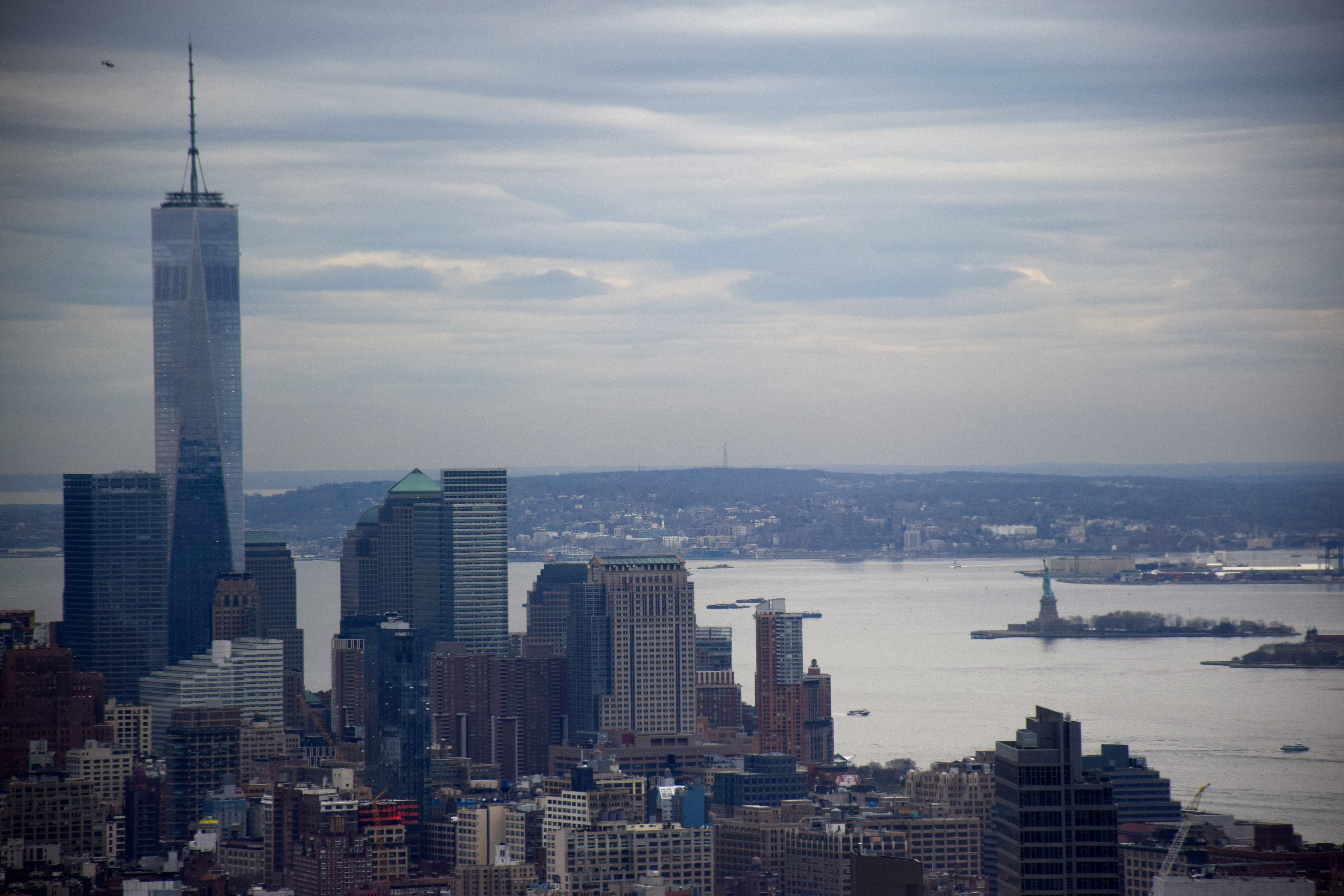 You could walk around each side of the platform, and also go up onto higher levels to get an even better view.

If you looked carefully you could even see the Statue of Liberty in the background! 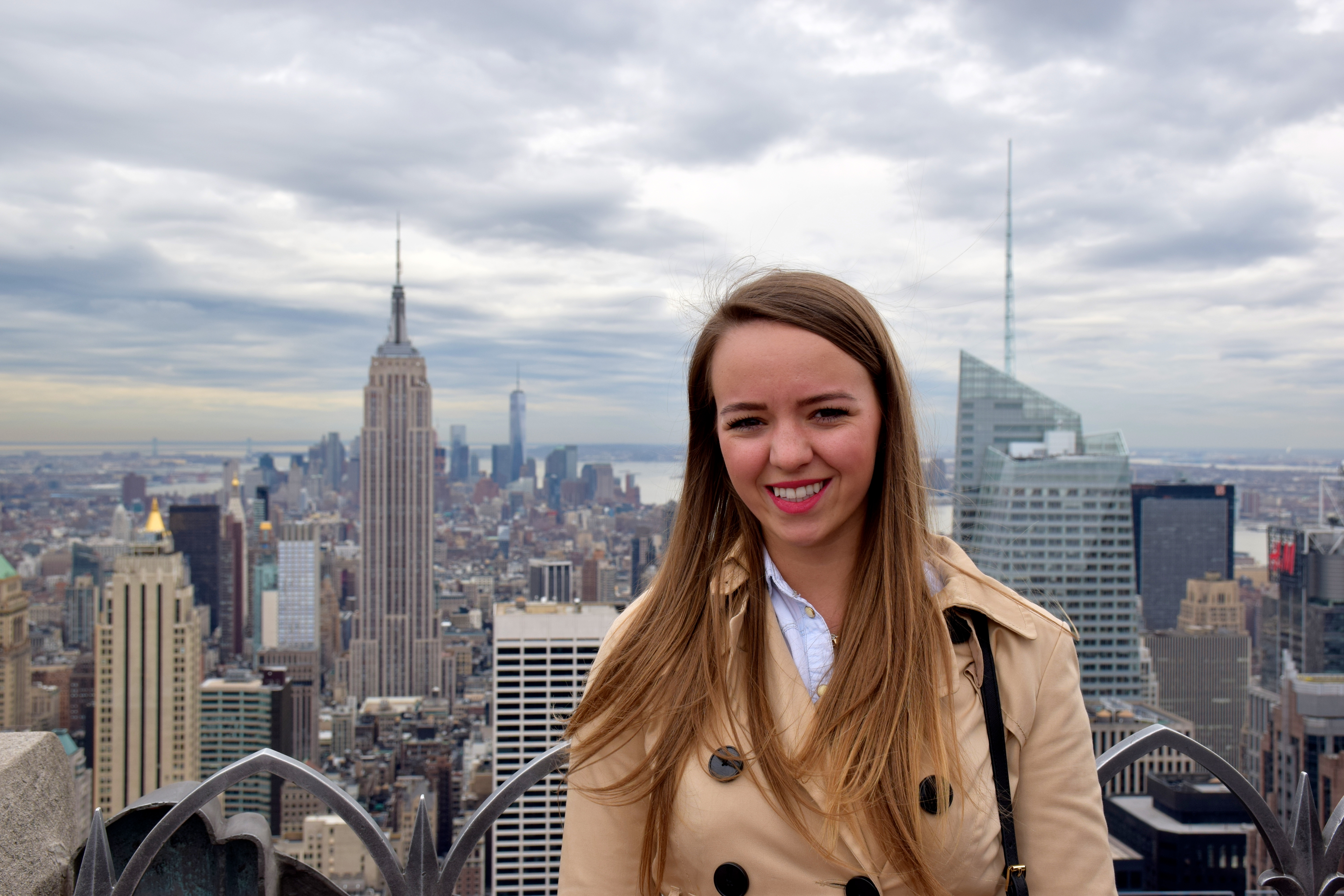 Once I’d seen the incredible view from all sides, I headed back down to get ready to meet Colin & Stephen ( not without a quick stop in the shops, of course).

They came and met me in my hotel and we hailed down a taxi. Our plan had been to visit a rooftop bar, but it was a bit chilly outside so most of them weren’t open yet for the summer. Never mind, we found a lovely place serving rather potent frozen margaritas! 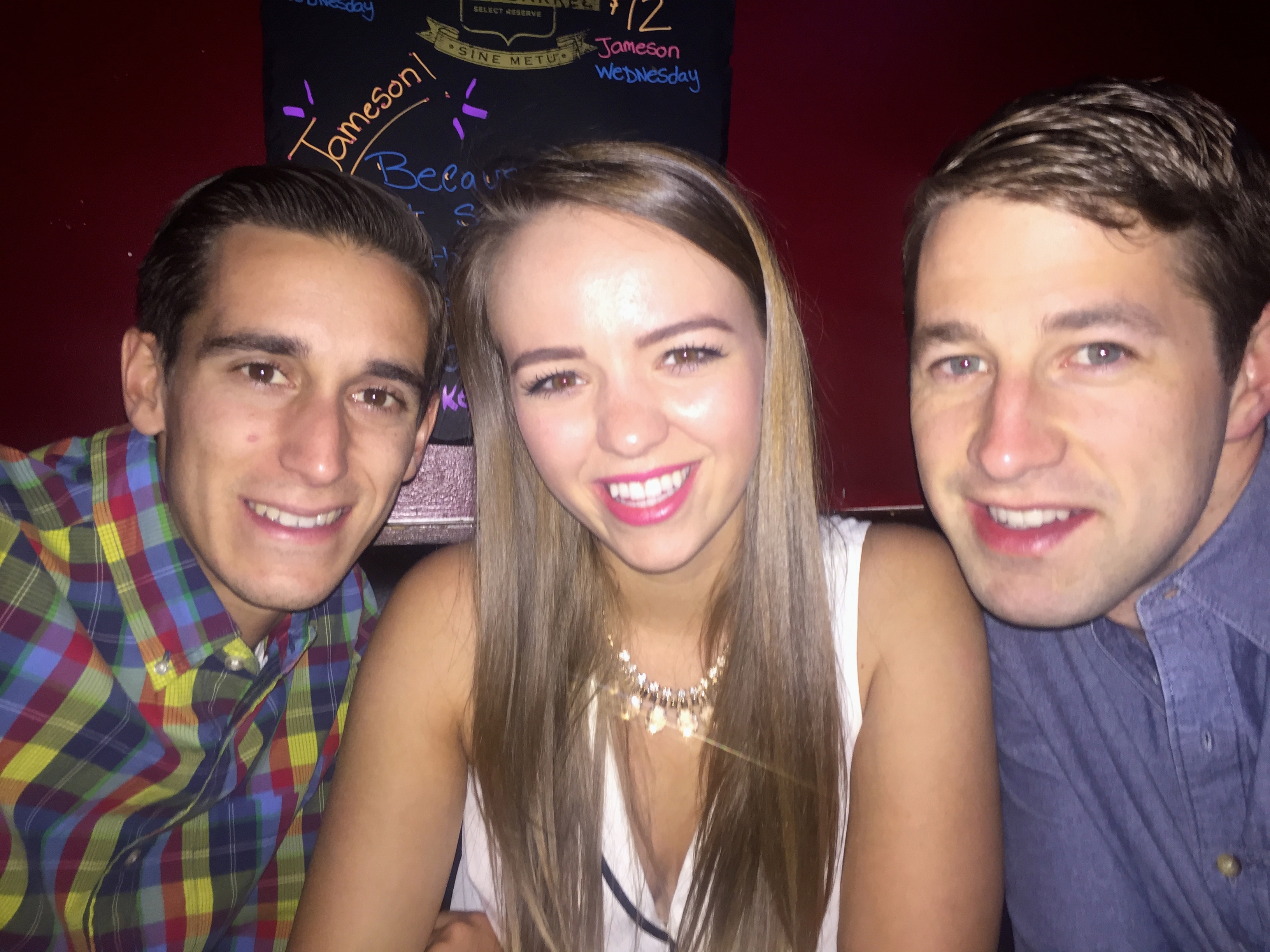 It was so lovely to catch up, and they told me all about their recent trip to Japan. It sounded amazing and I’m going to try my hardest to swap onto a Tokyo flight now!

What’s a trip to The Big Apple without dollar slice pizzas?! (Although I think these were more than a dollar each. Ripoff!)

The next morning I still had a few hours before our wake-up call. I headed out for breakfast (although the concierge recommended a diner, and it was the most ridiculously large portion of food I’ve ever seen!) and then for a wander around.

Of course it was a beautiful sunny day (just as we were leaving – typical!) so I made the most of the sunshine and walked up to Colombus Circle. 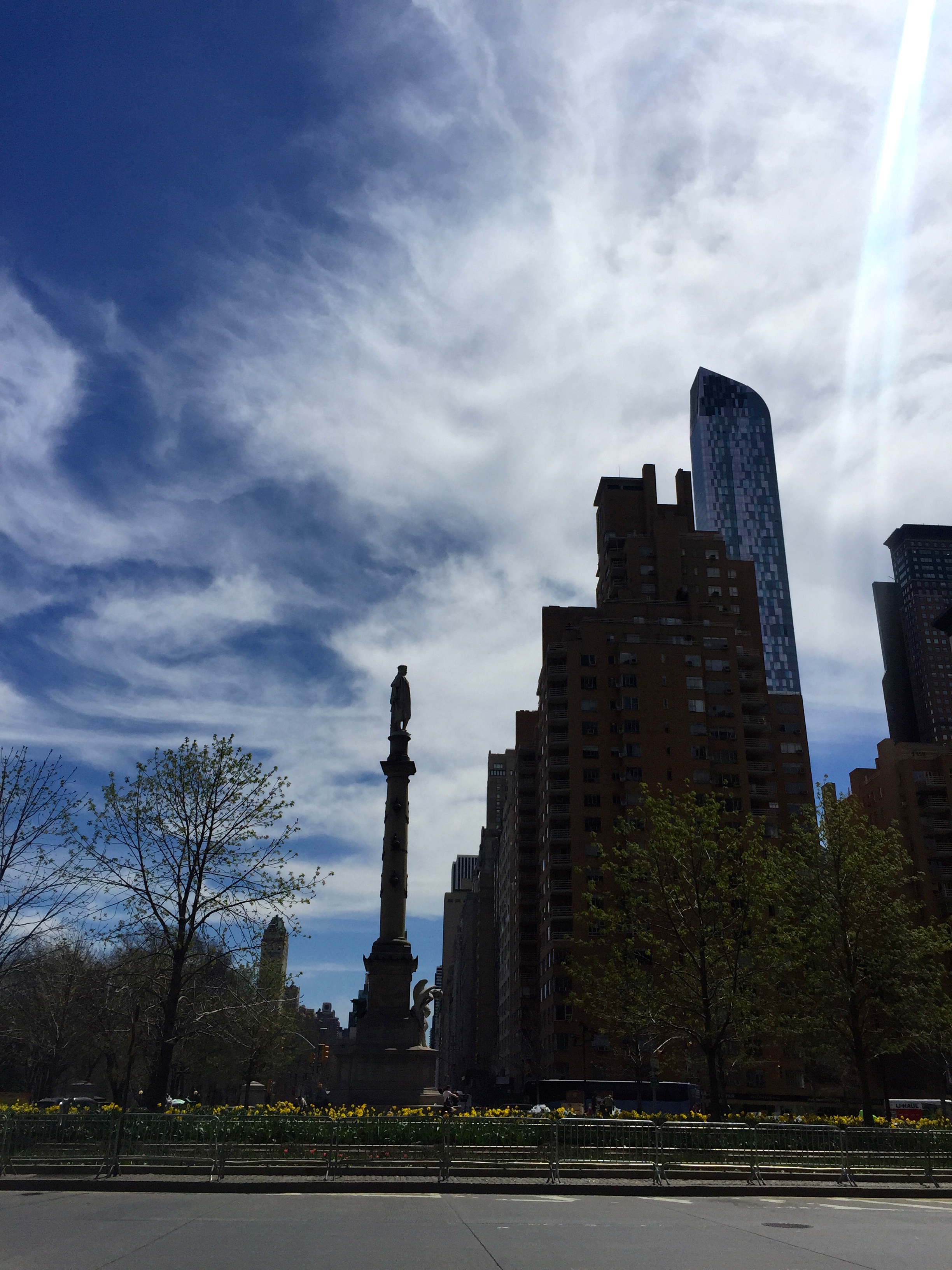 After a quick shop at Whole Foods to pick up a few bits for the flight home, it was back to the hotel to get ready to leave.

As always, I had a fantastic time. There are so many more areas of the city that I still haven’t managed to explore, so I guess I’ll just have to keep coming back!