At the end of last month I was rostered a flight to Copenhagen on Christmas Day, however I was desperate not to fly on Christmas so I sent out about 50 swaps, the majority of which I can’t even remember which destinations they were! So when one got accepted it was a complete surprise to see that I would have a 48 hour layover in Algiers!

I was looking forward to it; a new destination and a nice long layover.

It was an early start, but we watched the sunrise accompanied by plenty of planes taking off whilst waiting for our passengers! 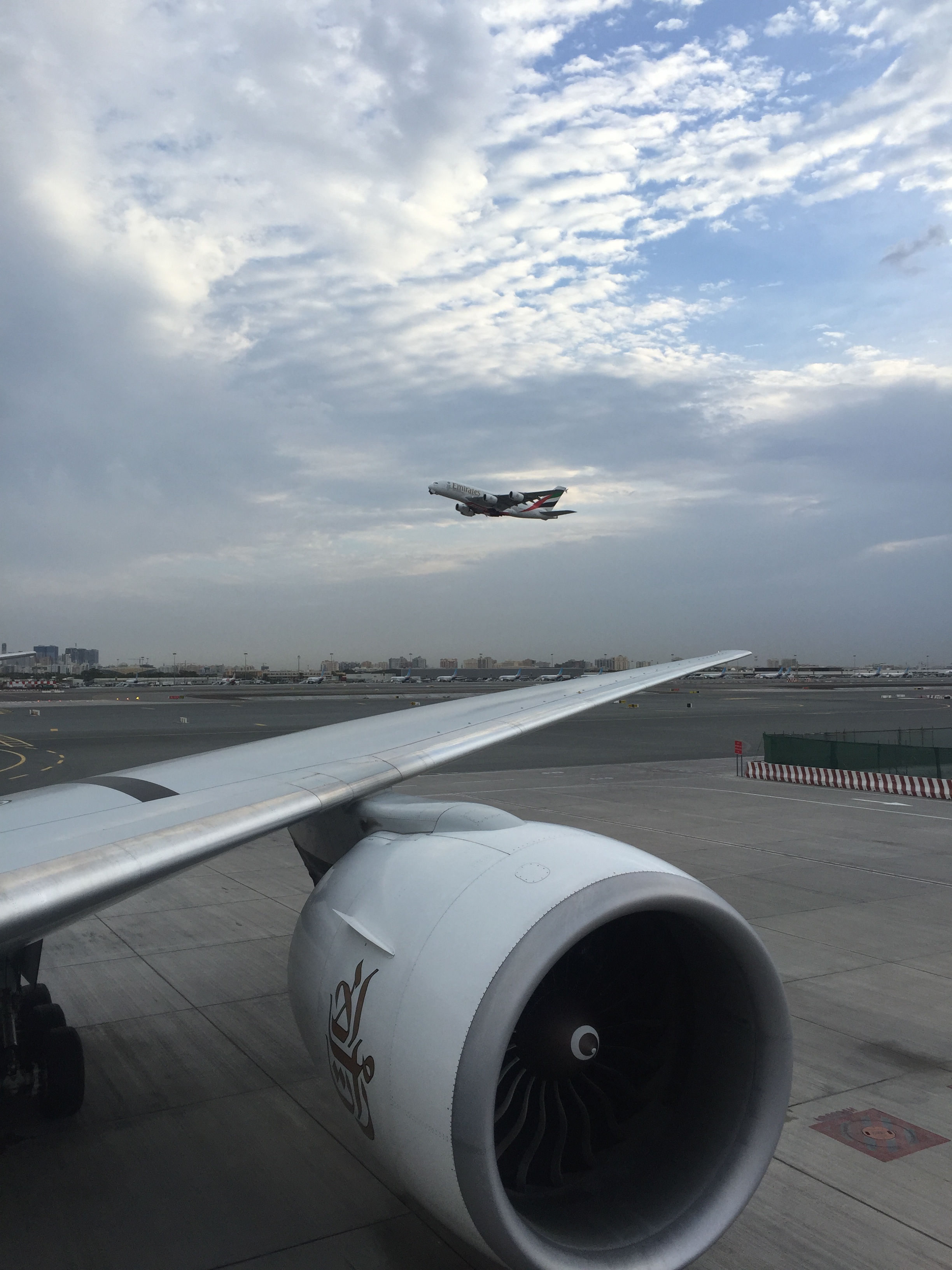 The flight over to Algiers was a nice one. Just over 6 hours, and although it was a full cabin in business class we managed the service quickly and easily.

Since we had a whole full day the next day to explore, we decided just to go for some dinner in the hotel that evening.

I was greeted by a beautiful sunrise the next morning, although the temperature was a chilly 7 degrees!

A little group of us including myself, one of the other business class crew, the purser and the captain had decided to explore the Roman Ruins “Tipaza”, not too far from the city.

We hired a taxi for the day who would wait for us while we explored. Since none of us had ever been to Algeria before, we had no idea what to expect!

The streets were quiet as we left pretty early, but after a 45 minute drive or so, we arrived in Tipaza, ready to see the ruins. When you step inside, it seems quite underwhelming. However, once you turn a few corners, you realise just how enormous the whole area is! 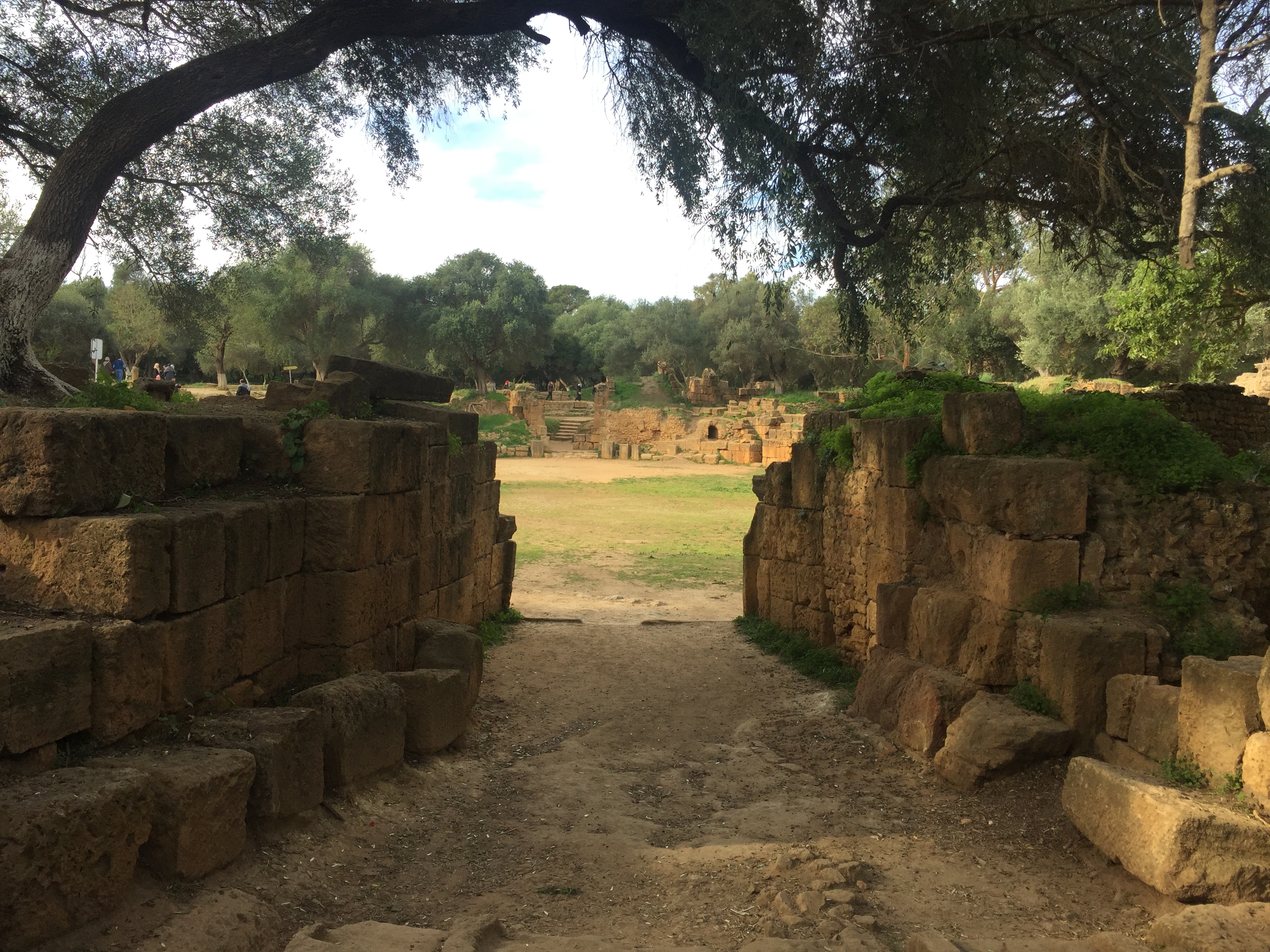 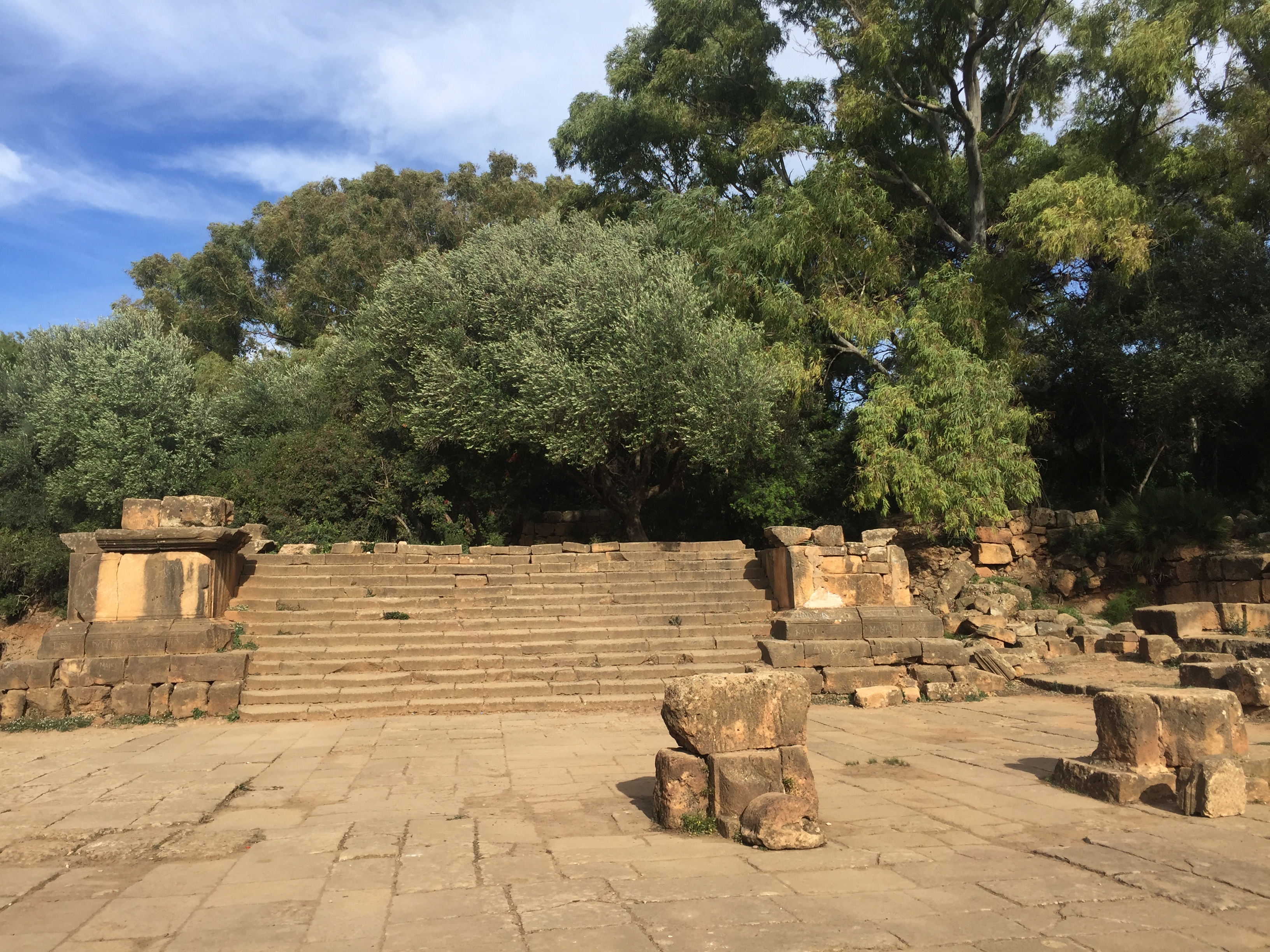 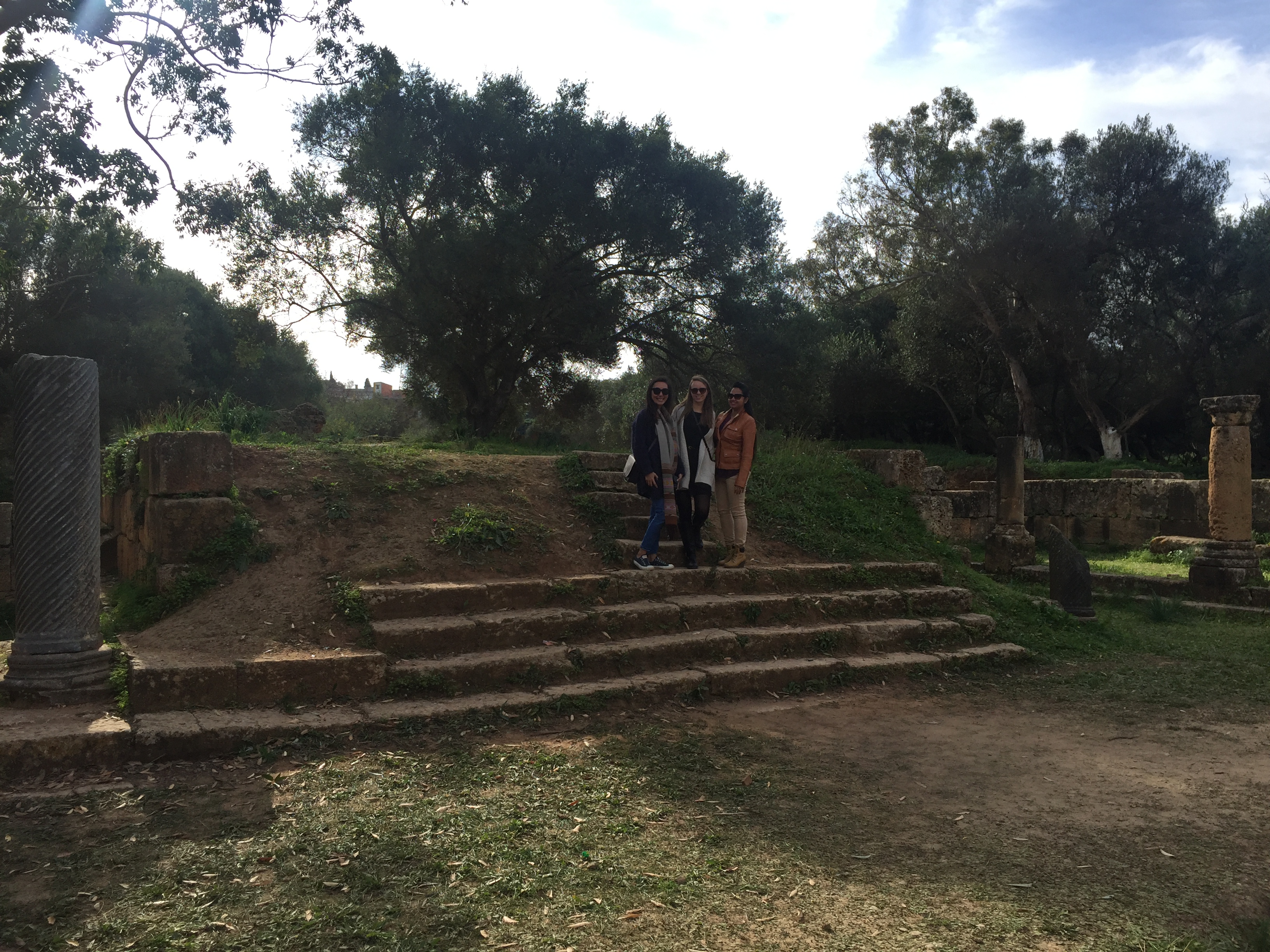 We strolled through, enjoying the beautiful ruins and the fresh, crisp air.

Soon we came across what must have been the entrance to the town, once upon a time. So many pillars marking the entranceway from the water, where the boats would have docked.

We spent so much time at the water, admiring the beautiful landscape and gorgeous colours in the ocean.

Slowly we made our way up the hill, checking out the rest of the ruins as we passed them. It surprised us all that you could walk freely all over the ruins, and nobody would stop you!

At the top we arrived at the area that used to be the church. There were some archways that had been beautifully preserved, and the ground was covered in bits of mosaics.

If you looked out across you could see just how big the area was, in fact we didn’t have enough time to explore it all! A little bit further out was the modern day city, it was interesting to compare the old with the new. 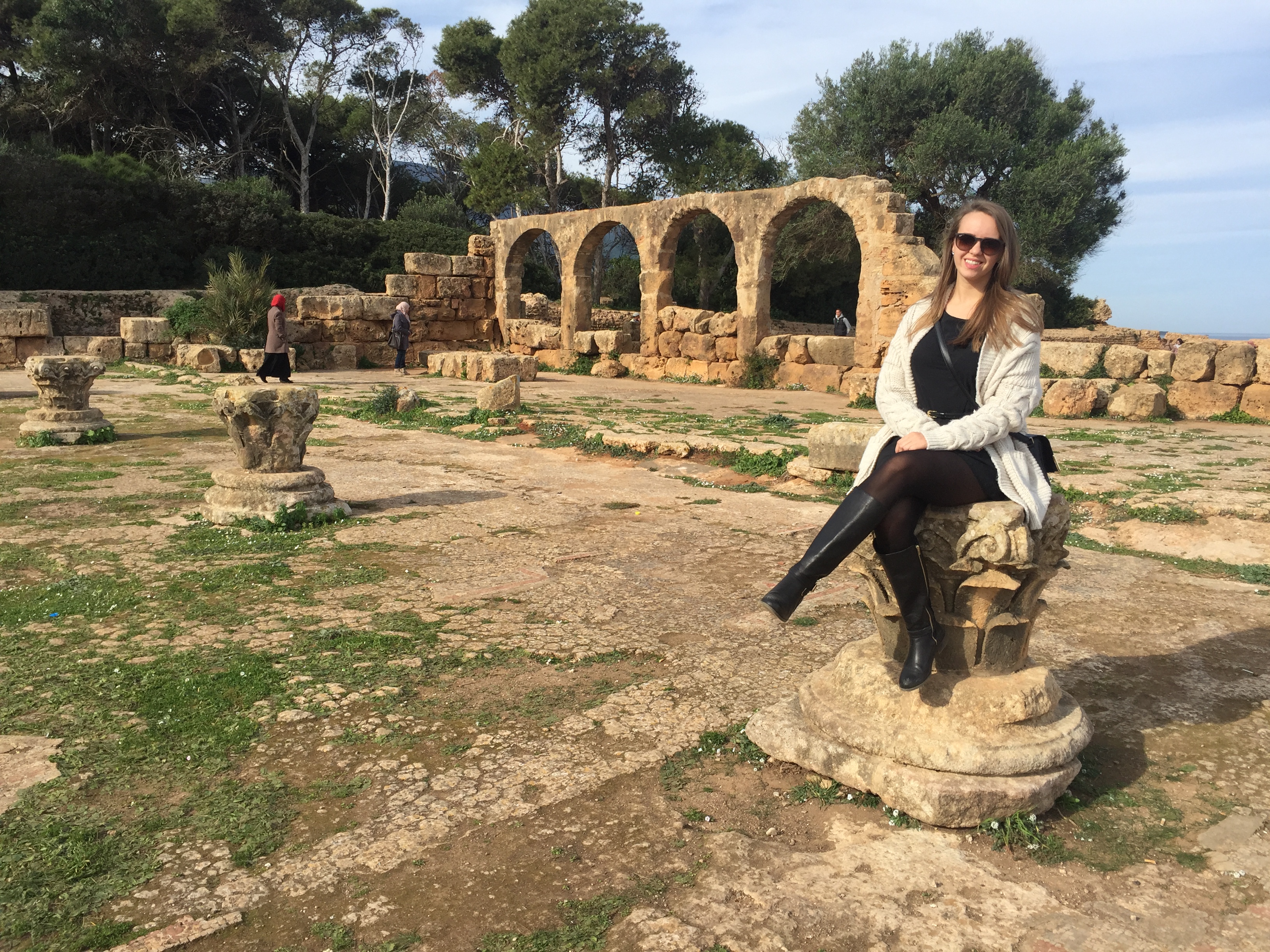 Since we’d given our taxi driver a pick up time, we decided to head back down and get a bit of lunch before he came to meet us. There was a local restaurant with a big barbecue out the front which we decided to try. It was full of locals so we had to wait a while for a table, and I can understand why!

We all had grilled fish and delicious fresh salads and baguettes. It wouldn’t surprise me if the fish had only been caught that morning! 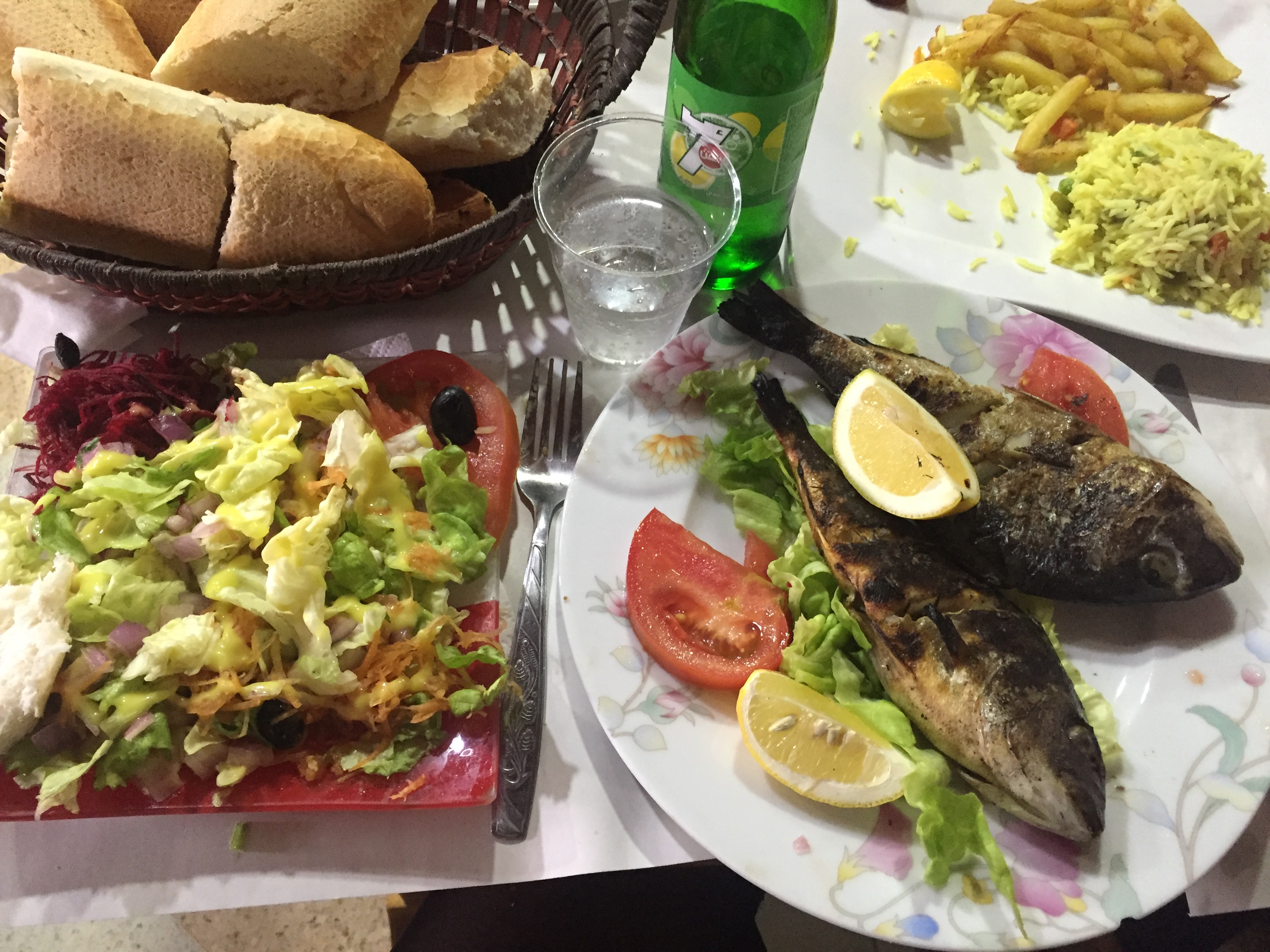 After lunch we went back out to meet our taxi driver, who drove us to a little market just near our hotel. We all bought some fresh tangerines to take with us. Once we got back to the hotel we strolled down to the beach (we stay in a lovely resort right on the beach) to watch the sunset.

The next morning there was just time for one more yummy breakfast buffet before the short flight back.

I had a really great time exploring Tipaza in Algiers, somewhere I would never have thought to go. If you happen to be heading there, definitely check out the Roman Ruins!